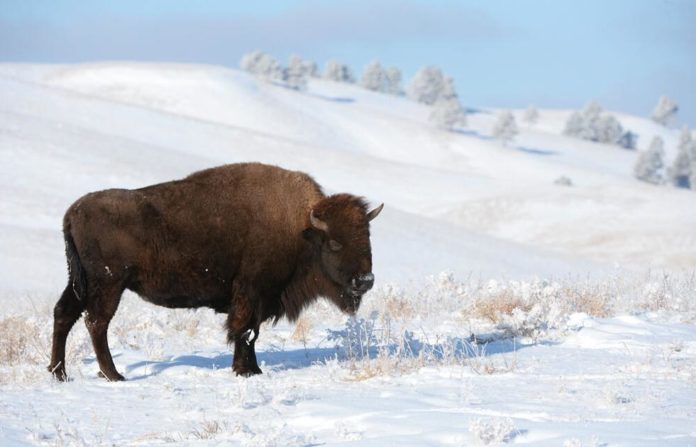 In August 1980 I subscribed to three newspapers: The Free Press, The Star Tribune, and Pioneer Press.

Forty years ago, people digested and researched almost all of their information this way.

Sitting back in a chair and snapping open the paper meant that serious study was underway. It was maybe a little more boring than telling an electronic device to bring up topics, but it was arguably more trustworthy and thoughtful.

My reason for delivering these papers to our downtown store was critical. I was 18 and wanted to choose in my first choice, a responsibility I wanted to get right. I was taught that only fools fill a voting booth without adequate knowledge to make an informed selection of candidates. The tuning that I had learned from educators and my family was for the country, not for self-interest.

I was driven as a young nature lover, photographer and conservationist. My theory was not to vote for a party but to vote for candidates best suited to measures to maintain common sense, a task that required extensive study.

Of course, other issues such as economics and foreign policy were also considered. After all, the environment would not need attention if it were wiped out by a nuclear event.

Interestingly, that was actually a real problem back then.

As November rolled around, I had a notepad full of notes about each race, recording each candidate’s positive and negative viewpoints on what I thought were most important to Minnesota and the nation. In the end, my ticket was perfectly split between Democratic and Republican competitors.

Was each selection perfect? No, but for me, conservation issues in Minnesota and the United States would be well served by the people on my list.

Unfortunately, on this day of divisive politics and suspicious news sources, an independent vote is becoming rarer. When it comes to protecting the environment, one-sided thinking can hamper significant progress.

For hunters, there are two main issues: gun rights and access to public land.

The first has been debated for decades, and this year is no different. Much to the chagrin of rightful gun owners, the new government has proposed various measures to change the current gun laws. They ask for a federal tax of 50% on all firearms purchases and a 30% tax on all ammunition purchases.

These taxes are aimed directly at legal gun owners and would have a profound economic impact on sports businesses. Over time, this measure would lead to a reduction in the number of hunters, which would reduce the budgets of the state game department and torpedo the existing excise tax financing of parks and shelters.

The next line item is a law prohibiting anyone from buying more than one firearm per month. These proposed laws are unfairly aimed at legitimate gun owners who are required to conduct extensive background checks every time they purchase a firearm.

In addition, you cannot purchase a pistol or Armalite semi-automatic rifle without an additional purchase permit, which can only be obtained by filling out a long form with a local law enforcement agency.

In other words, it is not easy to take possession of these weapons.

Intensive explorations and independent coordination create checks and balances, if you will, common sense to stop unfair laws. All of the previous suggestions can be found on the Biden campaign website.

As a working nature photographer, I am in national parks and shelters to capture landscapes and animal behavior. Without a solid parking system or state land, much of this work would be impossible.

That is why last year’s environmental law was so historic. Thanks to the non-partisan senators, US $ 9.5 billion, a previously unknown amount, was financed for our national parks and other federal states with public use. Great news for game watchers and hunters.

There is much more to this bill: probably annual funding of the Land, Water and Conservation Fund. With this fund, among other things, more federal states with public use will be bought.

Again, it took teamwork from independently elected people to bring this law into effect that will serve Americans for decades.

Closer to home, issues like copper-nickel mining in northern Minnesota have caused a sensation. A mine that is said to be right on the edge of the BWCA wilderness has drawn the most attention.

It’s no secret that some mining operations have less than an excellent reputation caused by excessive by-product pollution of the groundwater. The question for voters in Minnesota was and is whether this mine will coexist with a fragile wilderness environment.

On the one hand, the operation can trigger an economic upswing. On the other hand, it might as well contaminate a pristine area that many Minnesotans hold sovereign.

Again, a thoughtful election of local and state leaders, not a full partisan policy, will solve this difficult problem.

This is not the first time the Ely area has been faced with a difficult decision. Years ago when the economy and Taconite mining collapsed, some people tried to turn the city into a gaming community.

I think we can all agree that knowledgeable elected guides made the right decision to preserve the city as a serene wilderness destination. Since then, Ely has maintained its quaint, inviting appearance despite the constant high level of tourism.

Examples of catastrophic environmental policies shape our past. Playing Americans against Americans with partisan attacks, silencing dissenting opinions, and spreading false news will never solve anything. Certainly, harsh rhetoric can affect the quality of life of any American.

Worse still, it could lead to the destruction of our wild lands and waters, without which none of us, regardless of our ideology, can live.

Mark Morrison is an avid hunter and fisherman who has been an outdoor freelance writer and photographer for more than 20 years. Mankato, who has been based in 1979, can be contacted at mercuryphotog@aol.com.

Jeff Bezos advocated larger company tax charges. However it will...