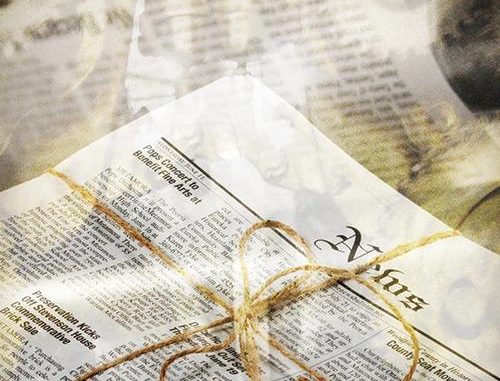 RALEIGH – With the North Carolina Democrats in power, their new source of income will be to raise sales taxes.

Oh, I realize that in recent election cycles you’ve probably read or heard something else. Left-wing politicians, activists and editors have alleged that the GOP-controlled General Assembly increased the sales tax burden in North Carolina by extending sales tax to some previously untaxed services.

It was a grossly misleading claim. Indeed, Republican tax legislation has expanded the sales tax base a little, as Democratic politicians long advocated. However, the GOP legislature also ensured that the overall sales tax rate fell by fending off democratic attempts to extend a previously agreed sales tax increase.

In other words, because of GOP tax policies over the past decade, the state sales tax burden in North Carolina has decreased, not increased, by hundreds of millions of dollars a year. Unfortunately, some of this effect was offset by the county’s increase in sales taxes. Who is responsible for these hikes? Democrats predominantly. Democratic politicians approved these sales tax referendums, and Democratic voters most likely approved them.

Sure, Democrats will raise income taxes too if they can. This has happened several times in previous recessions. But their sales tax increases are usually bigger and more permanent.

That brings me to Governor Roy Cooper. In the past, as a legislator, he increased sales tax. Now a huge increase in sales tax is a key recommendation in a new NC FIRST Commission report prepared by Cooper’s Department of Transportation.

I will not denigrate the efforts of the NC FIRST Commission. The report is thoughtful, thorough and full of important insights. The commissioners are absolutely right that North Carolina’s system of financing the construction and maintenance of highways is out of date and inadequate.

Due to the increase in fuel efficiency, North Carolinians pay less and less gasoline taxes per mile they drive. As electric cars make up an increasing share of the vehicle fleet that traverses our streets, the link between highway use and highway income will dwindle even faster.

Unlike public safety, education and other government services to which North Carolinians are legally entitled, our motorway network should never be funded from general income. Roads are a public company like water and sewer services. As far as possible, they should be funded by users in proportion to usage. Ideally, drivers are burdened directly according to which roads they use and how many kilometers they drive. The same applies to commercial vehicles, although the final cost of goods transported is inevitably shared by consumers in the form of higher prices.

Fuel taxation used to be an adequate substitute for mile-by-mile charging. Not that much anymore. The NC FIRST commission suggests that direct mile charging is the best long-term replacement. That’s true. But the political will is not there yet.

Instead, among other things, the commission is proposing to raise North Carolina sales tax and use half of the proceeds to lower gas tax. The net tax hike would be up to $ 6.3 billion over the next 10 years.

Why do Democrats prefer to increase sales tax knowing it is regressive? Because it’s the easiest to get to. Voters tend to dislike tax increases, but they dislike sales tax increases the least.

I don’t think the Republican legislature will agree to that. They should not. However, the NC FIRST Commission’s report has a better idea: redirecting some current sales tax revenue. North Carolina collects approximately $ 470 million in sales taxes annually on tires, auto parts, repairs, and related businesses. These goods and services are solely intended to help motorists drive on the road. Your sales even vary somewhat depending on the kilometers traveled.

The General Assembly should consider using part of this annual revenue for the construction and maintenance of highways. North Carolina’s recent sales tax revenues have been strong. There is enough tax capacity to do this while funding other services.

Let’s spend our existing earnings more carefully. An increase in sales tax is not the answer. It never was.

John Hood is chairman of the John Locke Foundation and author of the upcoming novel, Mountain Folk, a historical fantasy set during the American Revolution (MountainFolkBook.com).