This year there have been a number of high profile developments such as the Covid-19 pandemic and the Brexit negotiations that made the headlines.

One change that was under scrutiny was the practical end of the “double Irish with Dutch sandwich” tax structure.

In 2019, nearly EUR 30 billion in royalties went from Ireland to the Netherlands and then to tax-free countries like Bermuda.

The numbers for the first half of 2020 suggest that the number will be well below EUR 10 billion this year.

These flows from Ireland to the Netherlands come almost entirely from the subsidiaries of US multinational corporations operating here and are royalties for the license to sell the products, brands and technologies of these giant companies in markets outside the US.

These include pharmaceuticals and computer chips made in Irish factories, as well as online advertising sold on platforms such as Google and Facebook with international headquarters in Ireland.

The subsidiaries of US multinational companies in Ireland generate total annual sales of around EUR 400 billion.

It is not disputed that the Irish operations of these companies should pay for the technologies and brands used to generate this revenue.

In 2019, royalties outbound from Ireland totaled € 85 billion and alone were likely enough to offset around 20% of the revenues of US multinationals flowing into Ireland.

It is controversial where these license fees ended up. As mentioned above, most of the royalties paid to the Netherlands were subsequently diverted to Bermuda.

The reason for the diversion via the Netherlands is that until 2013 Ireland had withholding tax on outbound royalties to non-contracting countries, with part of the payment withheld by the recipient and paid to the Revenue Commissioners to cover possible tax liabilities.

Residents of non-contracting countries would not get this money back.

There was a pretty simple workaround for businesses to avoid this.

According to the EU directive on patents and royalties, EU member states cannot levy withholding tax on license fees paid to a resident of another member state.

The Netherlands does not impose withholding tax on foreign payments to locations like Bermuda.

So the Dutch sandwich was placed between the pieces of the structure in Ireland and Bermuda. After 2013 this was no longer necessary.

A key issue, however, is that these should be payments for technologies developed in the US.

While the Irish subsidiaries correctly paid for the use of technology stemming from other research and development activities, those payments went to locations where the US companies had no substance

It is only US companies with these structures as they were dependent on provisions in US tax law. German companies didn’t have the same tax regulations.

The primary tax payments that were affected by these structures were the partially indefinite deferral of US taxes.

The structures had no influence on the amount of taxes due in the market countries in which the customers of these companies are located.

There are a number of reasons why these strategies are no longer effective.

The OECD’s BEPS project means that such payments in jurisdictions that lack the substance to produce the service or technology being paid for may no longer be tax deductible.

The Tax Cut and Employment Act (TCJA) passed by the US Congress abolished the principle of deferral in US tax law, which was a major motivation for creating these structures.

The structures have achieved their goal. Without them, these US companies would have paid US taxes of up to 35% on their profits.

The companies have not returned the profits to the US and have postponed the US tax due.

This was in part in the hope that there would be an amnesty for companies to return the profits to the US, but at a much lower tax rate.

The law on tax cuts and jobs provided this sweetener.

One of the best known companies with a “double Irish” structure was Google.

Around this time last year, a Google spokesman said, “We are now simplifying our corporate structure and will license our intellectual property from the US, not Bermuda.”

This change took effect on January 1, 2020 and the impact is easy to see in the Irish balance of payments data compiled by the Central Statistics Office.

In the last quarter of 2019, license fees of EUR 8.1 billion flowed from Ireland to the Netherlands. Company records show that the majority of this can be attributed to Google.

The latest data show that these payments to the Netherlands decreased to EUR 1.9 billion in the second quarter of 2020.

This change will not have a major impact on Google’s operations in Ireland or on corporate taxes payable in market countries – at least in the short term.

Google’s subsidiary in Ireland continues to pay for the right to use Google technology.

As the company announced, it will now license its US intellectual property.

Again, we can see the impact in the CSO’s data. In the last quarter of 2019, royalties from Ireland to the US were EUR 3.4 billion. In the first quarter of 2020 they rose to EUR 8.6 billion.

Now, instead of being parked off the coast in Bermuda with no tax as under the old US tax system, that income will be taxed under the terms of the TCJA, although it will likely be below the tax rate, which is below the current 21% headline rate of the US Corporation tax.

And it’s not just Google making these changes. Until recently, Facebook’s outbound license fees were paid to the Cayman Islands from Ireland – without stopping in the Netherlands.

Facebook has now said the following: “Facebook International Holdings Unlimited is being operated as part of a change that best fits our operational structure.

In preparation for the dissolution of the unlimited company, FIH’s assets were distributed to the US parent company.

Intellectual property licenses related to our international activities have been returned to the United States. 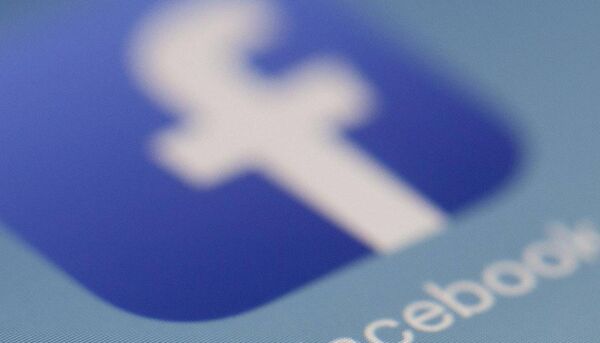 This change, which has been in effect since July of this year, best fits the corporate structure in which we expect most of our activities and employees.

We believe this is in line with the recent and upcoming tax law changes advocated by policy makers around the world. ”

In the first half of 2020, royalties from Ireland to the US came to almost EUR 16 billion, partly due to Google’s new structure. Since Facebook has been forwarding the license fees of its subsidiary in Ireland to the US and not to the Cayman Islands since July, the amount will exceed EUR 30 billion for the full year

The practical end of the “double iren” does not mean that huge sums of money are not flowing through Ireland, but now more and more of it is ending up where the research and development that creates the technology behind the sales is actually being carried out.

This is how it should be and should not be viewed as controversial.

Seamus Coffey is a UCC economist