Then what about life at sea? Not sailing around the world with a superyacht (because who wouldn’t want that?) Or a smaller, less luxurious ship, but with the world’s first floating city. It’s called the Blue Estate and when you have around $ 1.5 billion with a capital B you can buy your own mega mansion on it. Better hurry though as only two of these are available.

Blue Estate is a new marine real estate project that was announced late last year. It is “just a short drive” from Miami, Florida and the Bahamian Islands and can be reached by watercraft, airplanes and soon regular water shuttles.

Bookings began the other day for a variety of properties on this floating, man-made island, with the aforementioned mega-villas being the most expensive. Blue Estate also offers ring-level studio apartments starting at $ 19,800. Inexpensive when you consider that you are being promised access to the world’s greenest community and a legitimate tax haven.

Blue Estate has a modular basic structure with prefabricated segments made of highly resistant composite concrete, which are assembled at sea. There is no risk of ruin, say the developers. Thick and very high walls and the massive size of the island (half of Monaco) ensure that not even the strongest winds blow it apart. In addition, there will be pull-out storm shutters protecting the upper floors and apparently some unspecified means of moving the entire island out of the path of a storm if necessary.

In theory, Blue Estate will make mankind’s wildest dreams come true. It’s incredibly luxurious, but at the same time accessible to those on a more moderate budget. It’s completely self-sufficient, family-friendly and party-ready, it has lots of greenery and things like wellness centers and pools, its own health clinic and school system for all ages, supermarkets and even its own gardens and labs for cell-grown / cultured meat. Perhaps just as importantly, it will be a crime-free city with minimal regulations, no taxes or VAT, and a business environment that welcomes businesses, big and small, from around the world. 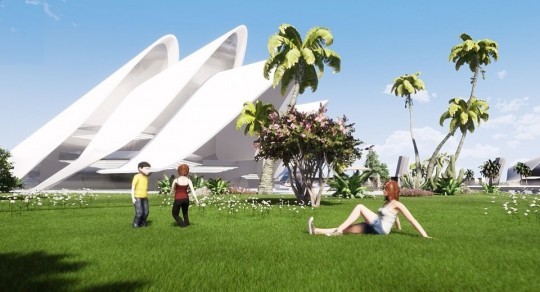 And all in the middle of the Caribbean, where you have 340 days of sunshine a year.

We know it’s mind blowing. Blue Estate doesn’t go into all the details of how all of this will be possible, but they do insist that 2025 will be the year construction will be completed.

There is a central port in the heart of the city, which will be home to around 15,000 people of all nationalities and budgets. The housing options range from studio apartments for one to two mega-villas that are only built after the developers have seen the future owner’s plans for them. Everyone will sit in an area of ​​55,000 square feet at 50 meters above sea level and have everything from a helipad to a movie theater to a personal submarine. 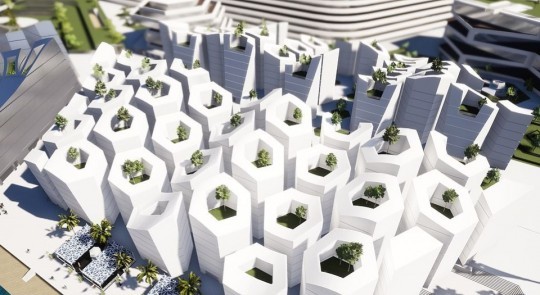 There will be ocean clubs, four lagoon-style Olympic pools, fresh markets and supermarkets, fine dining, shopping districts and commercial buildings. A proprietary cashless payment system handles all transactions, but every resident gets a free account for payments and savings. Life at sea won’t be much more expensive than life on land, says Blue Estate, estimating the cost at $ 4,250 / month for a family of four or $ 1,150 / month for just one person, excluding rent.

As mentioned above, the floating city will also be completely self-sufficient. Developers promise that clean energy will be obtained from all available resources (sun, wind, wave), with fresh water being produced through desalination. Innovative recycling and waste reduction strategies will be implemented, and local facilities will enable researchers to study the marine environment to evolve and implement elsewhere.

With a motto of Freedom, Equality and Prosperity, Blue Estate will have its own laws and community guidelines. The fact that residents do not pay taxes and VAT is highlighted several times on the official website. Before getting any ideas, however, the developers say that they absolutely will not tolerate money laundering or any other type of illegal or otherwise disruptive behavior. This can range from owning a gun to selling weeds to being overly aggressive with roommates. 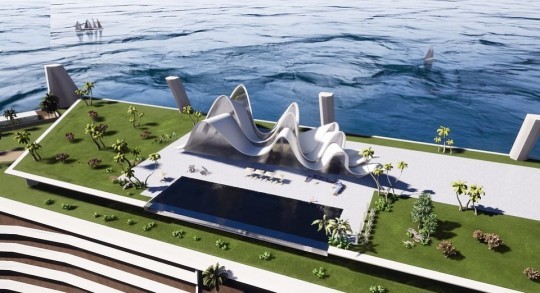 Blue Estate’s goal is to “provide one of the safest communities in the world, complete with security and unparalleled privacy,” with unparalleled luxury and 5-star amenities in the first floating city ever built. Those are a lot of formidable claims right there, any one of which is easy to make as it is just a concept at press time. Construction is scheduled to begin in 2022. 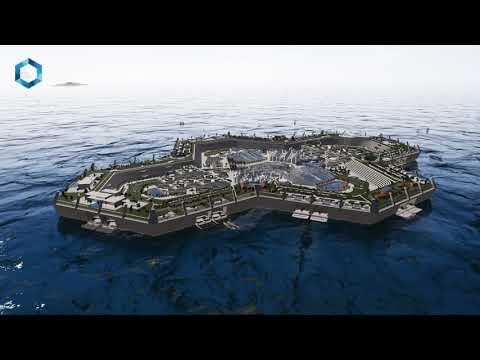 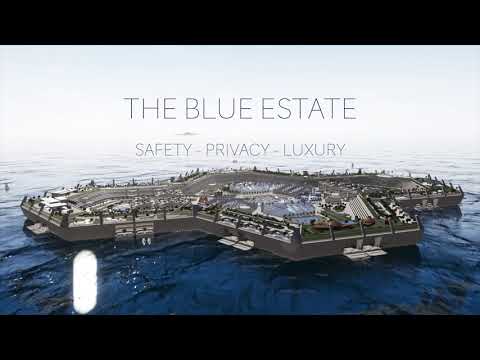 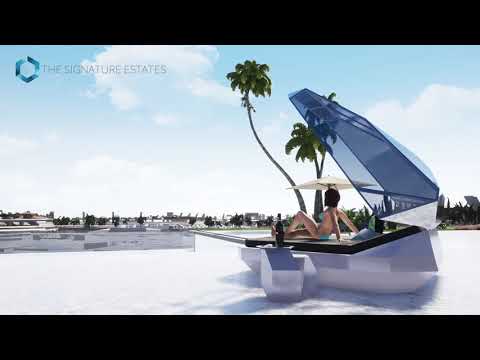