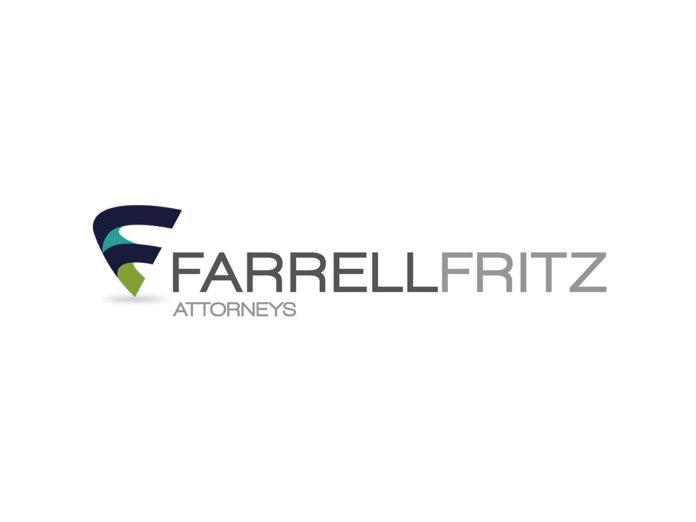 Of late, I’ve received a surprising number of inquiries regarding the taxation of S corporations doing business in New York City (“NYC”).

As many of you know, NYC does not recognize Federal or New York State (“NY”) S corporation elections; instead, NYC generally treats S corporations as if they were regular C corporations, and imposes a corporate-level income tax on S corporations[ii] with income sourced in NYC: the General Corporation Tax (“GCT”).[iii]

Moreover, if an S corporation’s shareholders reside in NYC,[iv] their NYC personal income tax is determined without any reduction for the GCT paid by the S corporation to NYC;[v] in other words, the corporation and the shareholder are taxed on the same amount of income.[vi]

Notwithstanding this state of affairs, and in spite of the restrictions under which every S corporation has to operate,[vii] the large number of closely held businesses that operate in NYC have elected to be treated as S corporations for Federal and NY tax purposes;[viii] consequently, the GCT accounts for a significant portion of NYC’s tax revenues.[ix]

Speaking of NYC’s tax revenues, the economic downturn attributable to the COVID-19 virus has taken a heavy toll on NYC’s finances. In the continued absence of fiscal support from Washington, and in recognition of the fact that so-called “progressives” seem to be on the rise at the Federal, NY and NYC levels of government, there is a greater likelihood that these taxing authorities will seek to offset this shortfall by “strengthening” and more aggressively enforcing existing taxes and, perhaps, by introducing some new taxes on more profitable businesses and their owners.

Under these circumstances, it behooves the owner of a NY S corporation that operates in NYC to understand, generally, how the GCT works.[x] With this basic information, the owner may be better equipped to confer with their advisers on tax minimization strategies.[xi]

A good place to start the business owner’s corporate tax education is the letter “C”.[xii]

A “C corporation”[xiii] is a separate taxable entity the taxable income of which is subject to Federal tax independently of its shareholders.[xiv]

Shareholders often seek to avoid this “double taxation” by electing to treat their corporation as an “S corporation.”[xviii]

An S corporation generally does not pay an entity-level Federal tax on its earnings.[xix] Rather, those earnings “pass-through” and are taxed directly to the shareholders of the corporation.[xx] The shareholders may then withdraw these already-taxed earnings without incurring any additional Federal income tax.[xxi]

In general, NY taxes C corporations in the same way they are taxed under the Code. In fact, a corporation’s Federal taxable income – basically, its “entire net income” under NY’s Tax Law – is the starting point for determining a C corporation’s NY income tax liability.

A corporation’s entire net income means its total net income from all sources – the same as the taxable income which the corporation is required to report to the IRS – with certain adjustments.[xxii]

Generally speaking, NY’s tax treatment of NY S corporations[xxvii] – i.e., a Federal S corporation that would otherwise be subject to corporate-level tax in NY, but for which its shareholders have filed an election to be treated as an S corporation for NY tax purposes – is the same as provided under the Code, though there are some significant differences.

For example, NY does not impose a corporate-level income tax similar to the Federal built-in gains tax;[xxviii] if such a tax is imposed upon a NY S corporation, its shareholders must, in determining their NY adjusted gross income, increase their Federal adjusted gross income[xxix] by an amount equal to their pro rata share of the Federal corporate-level tax imposed upon the corporation.[xxx]

That being said, NY does impose an annual “fixed dollar minimum” franchise tax, the amount of which depends upon the S corporation’s NY receipts for the taxable year.[xxxi]

In NYC, the GCT is imposed on S corporations at a rate of 8.85%.[xxxvi] Beginning after 2014, the “business income base” is the primary tax base for corporations subject to the GCT, including S corporations, to which this rate is applied.[xxxvii]

If an individual shareholder of an S corporation that is subject to tax in NYC is also a resident of NYC, they must consider how the corporation’s tax items affect their NYC personal income tax liability.

The starting point for determining a resident shareholder’s NYC income tax liability is their “city taxable income,”[xliv] which is based upon their Federal adjusted gross income – which includes their pro rata share of S corporation income[xlv] – with certain modifications.[xlvi] Among these modifications is the add-back to adjusted taxable income of any corporate-level income tax imposed by NY,[xlvii] NYC, or any other taxing jurisdiction, to the extent deductible in determining Federal adjusted gross income.[xlviii]

And you thought that Subchapter C of the Code was complicated?

The foregoing discussion highlighted just some of the differences between NY’s and NYC’s respective tax treatment of S corporations – there are many more.[xlix] Believe me when I say that both “lay people” and tax advisers are often confused by the separate application of these two sets of rules, let alone by the interplay between them.

In order to simplify matters, and to reduce the tax burden on S corporations that are doing business in NYC, as well as that of their NYC-resident shareholders, there have been many proposals over the years to conform NYC’s tax treatment of S corporations to NY’s.

To date, these proposals have been rejected, though some attempts have been made at lessening the burden on NYC-resident shareholders.

One reason for this failure is the amount of tax revenue that historically has been generated by S corporations that are subject to the GCT. In light of the dire fiscal straits in which NYC now finds itself, the possibility of its turning its back on this revenue is very remote.

In other words, any S corporation doing business in NYC will have to continue taking the GCT into account in its overall tax planning.

*A word about today’s title. One of my high school physics teachers – Mr. Gordon – had the expression “eschew obfuscation” prominently displayed at the front of his classroom. The irony was not lost on us. It continues to hound me as a tax person.

For the same reason, a qualified subchapter S subsidiary (QSUB) of an S corporation must file a separate GCT return with NYC, provided it has sufficient nexus to NYC. Finance Memo 99-3.

An individual is a resident taxpayer of NYC with respect to a taxable year if they are domiciled in NYC during that year, or if they maintained a permanent place of abode in NYC and spent more than 183 days during the taxable year in NYC. NYC Adm. Code Sec. 11-1705(b).

[vi] It should be noted that NY does not impose a corporate-level tax on any “built-in gain” recognized by an S corporation during its five-year recognition period. See IRC Sec. 1374.

Thus, in determining their NY income tax liability, a shareholder of a NY S corporation must add back to their Federal adjusted gross income their share of any Federal built-in gains tax imposed upon the S corporation. NY Tax Law Sec. 612(b)(18).

[vii] For example, an S corporation is allowed only one class of stock outstanding, none of the shares of which may be owned by a partnership, another corporation, or a nonresident alien. See IRC Sec. 1361(b).

[x] We will assume, for our purposes, that the S corporation at issue has sufficient nexus to NYC so as to be subject to NYC income tax; thus, the corporation may be “doing business” in NYC, employing capital in NYC, owning or leasing property in NYC, or maintaining an office in NYC. NYC Adm. Code Sec. 11-603(1).

Please note that NYC does not use the “receipts” test for establishing nexus. By contrast, a corporation will have sufficient nexus with NY for a taxable year if it has receipts from NY of at least $1 million for that year. NY Tax Law Sec. 209(1)(b).

[xi] Of course, any knowledge of the tax law is valuable in and of itself. Seriously. It offers a glimpse into the infinite. . . . Don’t make that face.

[xii] No, I am not regressing to Sesame Street. See Tax Rule No. 1: Read, then keep on reading.

[xiii] A corporation the taxation of which is governed by subchapter C of the Code.

[xv] Closely held corporations, and especially those that are family-owned, have to vigilant to avoid constructive dividends; for example, the corporation’s payment of a shareholder’s personal expenses, or the shareholder’s use of corporate-owned property.

[xvii] IRC Sec. 1(h). The 3.8% surtax on net investment income (which includes dividends) under IRC Sec. 1411 may also apply, depending upon the amount of the shareholder’s adjusted gross income.

[xviii] A corporation the taxation of which is governed by subchapter S of the Code. IRC Sec. 1361 and Sec. 1362. Of course, this assumes that both the corporation and the shareholder are eligible. See IRC Sec. 1361(b).

An important exception to this rule is the corporate-level built-in gains tax under IRC Sec. 1374. Generally speaking, this tax will be imposed if, within 5 years after the effective date of its S election, the corporation realizes a gain on the disposition of assets that it owned on such date. A corporate-level tax is imposed to the extent of the gain that was inherent in the asset at the time the S election became effective.

If the shareholder does not materially participate in the S corporation’s business, the shareholder’s pro rata share of this pass-through income may also be subject to the surtax on net investment income. IRC Sec. 1411(c)(2)(A). The surtax is not deductible for purposes of determining the shareholder’s individual income tax liability.

[xxv] NY Tax Law Sec. 210.1(a). In other words, the business income is divided between NY and any other state to which the corporation has nexus such that part of its income may properly be taxed there. NY now uses a single receipts factor. NY Tax Law Sec. 210-A. See Form CT-3, Part 6.

[xxix] IRC Sec. 62. The starting point for determining their NY income tax liability. The NY taxable income of a resident individual is the same as their Federal adjusted gross income, with certain modifications. NY Tax Law Sec. 611 and Sec. 612.

[xxxiii] The corporation must use Form CT-34-SH for this purpose; it is attached to the Form CT-3-S.

[xxxv] NY Tax Law Sec. 631(a) and Sec. 632(a)(2). See Form IT-203. Only that portion of the nonresident’s pro rata share of S corporation items that are derived from or connected with NY sources are used in determining the shareholder’s NY tax liability.

[xlv] As reflected on their Schedule K-1.

For tax years beginning on or after January 1, 2014, and before July 1, 2019, a NYC resident individual whose city adjusted gross income included a pro rata share of income, loss, and deductions from a NY S corporation, and whose city taxable income was less than $100,000, may have been eligible for a nonrefundable credit on their income tax return for their pro rata share of NYC GCT paid. See Form IT-201-ATT, Line 8a and Form IT-222. See NYC Adm. Code Sec. 11-1706(f), added by Chapter 4 of the Laws of 2013 and thereafter extended in 2019. See TSB-M-16(1)I.