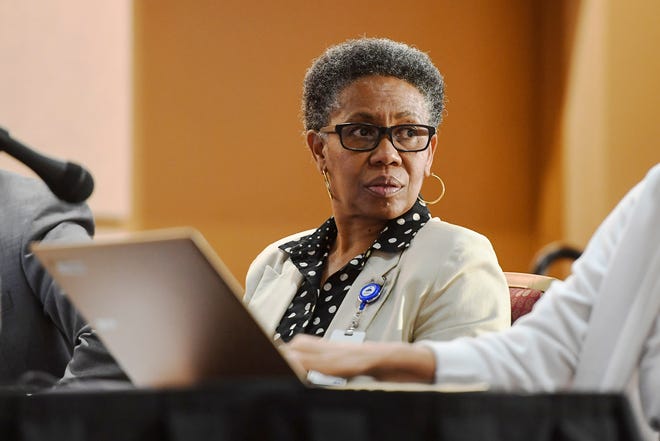 ASHEVILLE – After many city owners of homes and other real estate received their new government-valued property values, they prepared for a potentially hefty tax hike for the July 1st fiscal year.

But a planned move by city manager Debra Campbell could reduce those tax hikes in Asheville or even bring some city property owners a tax cut.

“And we’re also assuming at this point that the city council will adopt the revenue-neutral property tax rate,” said McDowell, who was recently promoted to interim finance director.

The sales-neutral rate cannot be calculated just yet, but it does mean that the current Asheville rate of 42.89 cents per $ 100 of estimated property value will be lowered enough that the city will generate the same revenue in the next fiscal year, July 1st. plus the extra from the new building.

The lower tax rate would offset some or all of the increases made by homeowners from the new government assessments for their land, homes and other buildings.

According to County Assessors, if the home appreciated 20% in value for the next fiscal year, it would now be valued at $ 300,000. If the tax rate stayed the same, the owner would owe $ 1,286.70 in city taxes. However, a revenue-neutral rate would reduce this tax burden.

According to the North Carolina School of Government at UNC Chapel Hill:

“A revenue-neutral tax rate provides taxpayers with a benchmark against which to compare a proposed tax rate after the revaluation. Although many local governments lower their tax rates after revaluations, their taxpayers may experience an effective tax increase depending on the level of tax rates reduced.”

With the increase in government valuations not even evident in the city or county, property owners are affected differently.

Some of the highest average rating increases of 26% were seen in central Asheville and Southside, which are home to many of the city’s historically black neighborhoods. In Biltmore Forest, one of the county’s richest per capita communities, property values ​​rose an average of only 4%.

Campbell is expected to present the budget on May 25th, with the council voting on a final version on June 22nd.

If the council agreed to keep the revenue-neutral rate, the city would raise $ 74.6 million, McDowell said.

Joel Burgess has lived in WNC for more than 20 years, covering politics, government and other news. He has written award-winning stories on topics ranging from gerrymandering to the use of force by the police. Please support this type of journalism with a subscription to the Citizen Times.

Westchester Democrats and Suozzi are calling for the SALT cap to...

Self-employed? Perhaps it is best to recharge your retirement