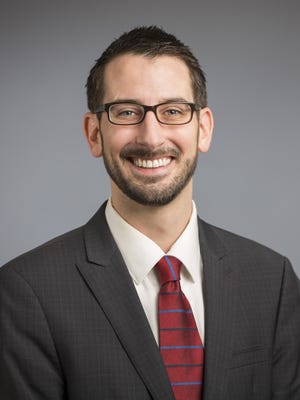 A portion of our state income tax is then distributed to the local governments – our city and our county. The share that each city and county receives is based on population. Therefore, as taxpayers, we pay income tax to the state and part of this income tax is sent back to our city of residence.

This is the local government’s distribution fund.

While we pay more income tax today, the Illinois General Assembly sends less to our local governments – our hometowns.

This is important as the Illinois General Assembly is currently considering lowering the LGDF by another 10%. Put simply, if they cut those funds because they can’t balance their own budget, the burden falls on us.

The city of Rockford, like every community in Illinois, is required by law to have a balanced budget each year. Rockford City has not increased our property taxes since 2013, and we have decreased property taxes in two of the last four years.

However, if Illinois cuts funding for our city, we must get it somewhere to continue providing the programs and services our residents need.

While a 10% reduction sounds small, it translates to $ 1.4 million annually for Rockford and our residents. This is all happening while Illinois is set to receive nearly $ 8 billion from the federal government through the US bailout plan.

Local governments have to adopt balanced budgets. Unlike the federal government, we cannot go into spending shortfalls, print more money, or delay the passage of a budget as was done by previous Illinois governments.

If the Illinois General Assembly decides to pay its bills by reducing Rockford’s LGDF allocation, it will essentially be an increase in property tax.

Equally insane is this, if Illinois cuts our LGDF funds and increases our income taxes, they will be pounding the wound by creating a property tax reduction task force. Better idea? Stop reducing our stake in LGDF funding. Stop creating more unfunded mandates – more than 300 proposed this year alone – that place a greater burden on local governments, often forcing them to raise property taxes to keep services going.

We can take action together: get in touch with our local lawmakers and ask them to vote against proposals that reduce LGDF funding. If we do this together, we will see that more money stays where it belongs – in our local pockets.

Thomas P. McNamara is the Mayor of Rockford.