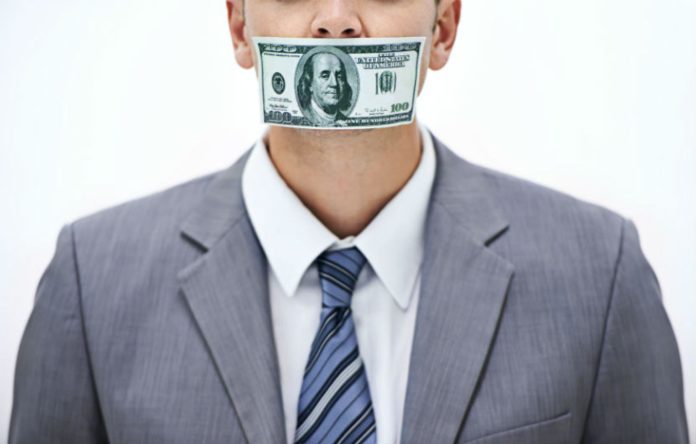 Corporations can get some strange things deducted on their tax returns. However, new tax proposals from President Joe Biden and Senator Elizabeth Warren introduce some doozies.

And if a company were found guilty by the Environmental Protection Agency (EPA) of illegally dumping nuclear waste near an elementary school, it would also be tax deductible under the Biden and Warren tax proposals.

However, none of these deductions are allowed under our current tax system.

Sounds crazy? We think it is. However, since Biden and Warren want to impose a tax on financial accounting income (the income companies report to investors), anything that is allowable as an expense for financial accounting purposes would be a reasonable deduction under the new proposed taxes. And that includes a lot of things.

More of us need to understand what tax deductions are and how they achieve the goals of our corporate tax system. We provide tax deductions for normal corporate business expenses and other activities that improve society. We forbid tax deductions for behavior that worsens society, also because taxpayers would then actually subsidize bad behavior.

When a company sells inventory, invests in new equipment, or donates to charity, it is permissible to view those expenses as deductions that reduce taxable income. Conversely, if a company makes payments for illegal bribes or kickbacks, our tax law does not allow those costs to be deducted.

However, the basis for Biden’s Minimum Tax on Book Income and Warren’s Real Corporate Profits Tax is not taxable income – it is a financial accounting or book income. This is calculated according to rules established by the independent Financial Accounting Standards Board. These rules can differ significantly from those for taxable income.

For example, if you settle a sexual harassment lawsuit, bribe foreign officials, or destroy the environment, these are all necessary expenses that will reduce book income. Thus, all of these items would be deductions for a tax on book receipts. Regardless of what Warren said – that her tax has “no tricks, no deductions, no loopholes, nothing special” – if we were to tax financial accounting revenue, every single expense would be a tax deduction for book purposes.

How can that be? Because the purpose of book revenue is to reflect the business reality of the company so that investors, creditors, and the public can get the best information possible. In the economic reality, whether you’re spending corporate resources on inventory, charity donations, sexual harassment lawsuits, bribes, or EPA fines, those resources are gone, and investors need to know they’re gone.

That sounds bizarre because it is. Book income should never be used as a tax base. Surely we could change Biden’s Minimum Tax on Book Income and Warren’s Real Corporate Profits Tax to prohibit deductions for misconduct and create incentives for good behavior.

In fact, Biden’s team is already working on minimum book tax exemptions for research and development, investments in renewable energy, and low-income housing. However, this simply results in a book income tax that mirrors the pre-existing corporate tax system – a system full of the same exceptions. Since book revenue taxes are being promoted as a replacement for our inherently flawed system, it would make little sense to convert those taxes back into existing corporate income tax.

Our current corporate tax system has many shortcomings and should be revised. Many large corporations, especially multinational corporations, have used aggressive but likely legal tax planning to keep tax low over long periods of time.

However, adding a tax on book income over the current system would do nothing to remedy the existing shortcomings. Additionally, it would cause other problems and lead to bizarre results simply because it is asking book income to serve a purpose it cannot serve – and which was never intended.

Andrew Belnap is Assistant Professor of Accounting at the McCombs School of Business at the University of Texas at Austin.

Jeff Hoopes is Associate Professor of Accounting at the Kenan-Flagler School of Business and Research Director of the Tax Center at the University of North Carolina.

A version of this article appeared in Fortune.