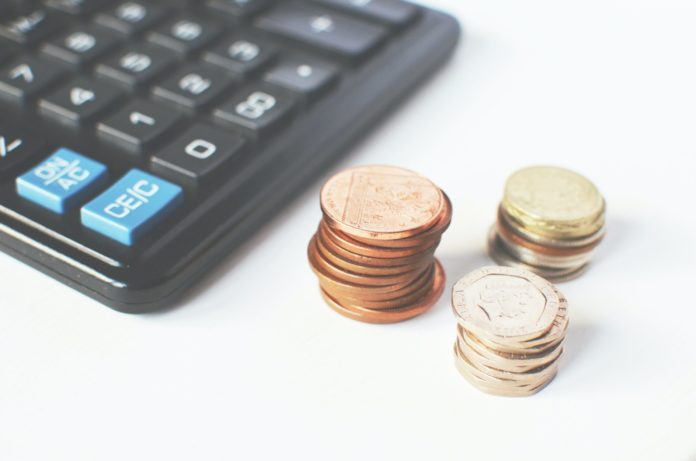 Boulder has seen dark clouds on the financial horizon for years. The city’s main source of income – sales tax – is still growing, but more slowly than in previous years. At the same time, Boulder may never have spent more: millions on flood protection, delayed maintenance of paths and roads and buildings, unfulfilled goals for affordable housing and climate change.

COVID exacerbated this slow-burning financial crisis, but the pandemic withdrawal won’t necessarily mean a return to household bliss. The population is still declining and aging, impacting both consumer spending and the return of commuters after COVID.

On Tuesday, the city council will discuss ways to support future revenue, including possible new taxes and fees, one of which will be on the ballot this year. How much appetite voters will have for higher bills, even in tax-prone Boulder, remains to be seen.

Where does Boulder get its money from now?

Excluding utilities, more than half (50.4%) of Boulder’s revenue in 2021 was from sales tax. That’s a higher percentage than in previous years, but it has long been the main source of funding for city budgets. Property tax is making more and more of the budget as property values ​​have skyrocketed. Boulder also collects many millions from various fees and taxes for services.

Boulder has the highest sales tax rate in the front range at 8.845%. The base sales tax rate is only 3.86% (still the highest), but there are source-specific taxes on top of that for things like open space, transportation, parks, and recreation.

The city is also almost fully developed in terms of property tax – 92% of the upper limit for property tax imposed by the charter has already been levied. (This upper limit could be raised by a referendum.) The unused property tax up to the current limit equates to just under 4.4 million US dollars.

* City rate only; Like Denver, Broomfield is both a city and a county.

Where can Boulder get more money?

Boulder also taxes some things other communities don’t, like plastic bags (technically a fee) and sugary drinks. According to the staff, there are few ways to tax things that have not yet been taxed.

“Based on a review of the Colorado Municipal League tracking municipal tax measures approved by voters,” they wrote in notes to the city council, “the only selective sales tax approved that the city of Boulder has yet to have.” Place is a local tobacco tax. “

There is an existing tax on electronic smoking devices that was passed in 2019. At 40%, it is also the highest of Boulder’s three selective taxes. (F.Good service is taxed at 0.15% and recreational marijuana at 3.5%.

Colorado communities – including Boulder – have relied more heavily on fees in recent years because they don’t require voter approval to implement them. However, the monetary fees brought in must be spent on things that are directly related to the respective fee. For example, the city’s 10-cent single-use bag fee pays for reusable bags that are distributed to community members for free. Garbage cleaning incidents; Recycling and waste reduction programs; and the effects of garbage on drainage routes, among other things.

Such dedicated funds are both good and bad: they provide accountability to taxpayers. But they also limit the potential to postpone spending in times of financial stress.

More than half of the Boulder budget (62%) is tied to specific projects and services, taxes and fees. A group commissioned by the city found that greater flexibility would be an advantage. The subject is political.

“The Blue Ribbon Commission and Best Practices recommend not restricting revenue streams to give the governing body flexibility to prioritize spending according to the highest priority and changing needs, ”the staff write. “However, in order to get taxpayers’ support, tax proposals are often for specific purposes, so voters feel confident they know how the additional or continued revenue will be used.”

An old proposal was also dusted off by the employees: a poll tax or a tax on companies and / or their employees. Former councilor Cindy Carlisle revived that idea in 2019, three years after the city council asked voters to impose such a tax. They ultimately refused, as did Carlisle’s colleagues, but the idea never really died.

Critics of Boulder’s explosive job growth have argued this is a great way to ensure businesses are paying for the effects of economic expansion, such as increased traffic and soaring house prices. Denver has a poll tax, as do Sheridan, Greenwood Village, Glendale, and Aurora.

Opponents argue that it is inherently unfair: retirees or those rich enough not to work would not pay. They also find that the vast majority of Boulder’s 7,000 businesses are small (96% have fewer than 50 employees; 78% fewer than 10) and local.

Proponents counter that it could be billed to companies themselves and only to those of a certain size. Certain industries in Boulder are already paying for how the staff wrote: “the privilege of running a business or employment in the city. ” Alcohol sellers, garbage trucks, and telephone service pay an occupational tax.

Tax hikes are anything but secure

While most of the measures discussed in the Council’s memo are hypothetical, a tax on Boulder ballot papers is sure to appear this year. It’s not an increase, but an extension: From the (roughly) $ 10 million annual tax on community, culture and security.

Over a period of 10 to 15 years – the schedule is TBD – the CCS would raise between $ 114 million and $ 185 million on a variety of projects and services, the kind of “unsexy” things like paving and building maintenance that tends to be passed over in budgeting processes. A community poll is planned to measure support for the expansion.

Boulder voters haven’t turned down a local tax in over a decade. However, this tolerance can soon be checked with half a dozen planned or proposed measures at the city and district level.

In 2022, a library district is possible where voters will be asked to increase homeowners’ property tax bills by $ 200 (more or less based on value). The city is discussing an additional sales tax to fund homeless services as well as a more general tax to fund social services. The county has also planned a transportation and affordable housing tax that has been pushed forward due to the pandemic.

City officials are considering a driver and / or car fee to bolster the transportation department’s burdened budget. Included on utility bills, a transportation maintenance fee or usage fee would raise $ 5 million annually.

Four more taxes will disappear over the next three years, translating into revenue of $ 13.7 million. Almost $ 10 million of that goes to the important general fund that pays for things like police, fire departments, libraries, and more.

Do you like what you read? Support local journalism.

Give a unique gift