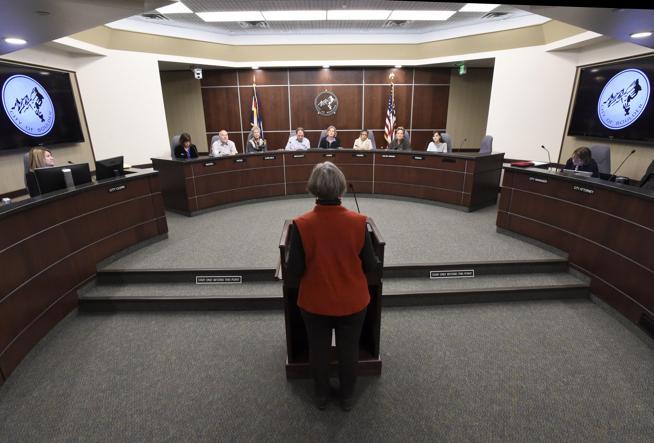 Now that Boulder has about six months of experience with its new eviction prevention and rental assistance program, Boulder City Council approved changes to it Tuesday that employees believe will help the program run more effectively.

“Since the ordinance went into effect in January this year … some lessons have been learned,” Carin Armstrong, who works in community mediation for the city, said Tuesday during the city council meeting. “And these findings have been incorporated into some proposed changes to the regulation to ensure clarity and efficiency.”

The changes that the council approved on Tuesday include those that expand legal representation and use of assigned revenue for the program, as well as others that clarify the advisory nature of the tenants council and require landlords to inform tenants about the program Expulsion.

In addition, the city has developed plans to collect the excise tax on rental licenses, which was used to fund the program, made possible by the successful No Eviction Without Representation measure in November.

In terms of the use of the revenues, the program now includes funds for dispute settlement services and other housing-related expenses.

“Rent isn’t the only reason a tenant may be evicted to avoid eviction,” Armstrong said.

The city council approved changes also describe the process of collecting excise tax on rental licenses, an annual excise tax of $ 75 payable by landlords for each property they operate with a rental license. The November measure ballots suggest the tax will raise about $ 1.9 million in fiscal year one.

According to Tax and Special Project Leader Joel Wagner, the Boulder County Assessors Office will collect the tax on behalf of the city as part of the landlord’s annual property tax bill.

“Because the property taxes are levied retrospectively, this also gives the landlords a little more time to apply the new tax, although the tax will technically come into force in January 2021,” said Wagner.

The city council has allocated $ 1.03 million from the Boulder General Fund to help cover start-up costs for the eviction prevention and rental support program, Armstrong said. When the income flows in next spring, it will be used to repay the city.

Overall, the city council was impressed with how quickly the staff put together the program, which has served 70 people since January.

People threatened with eviction can visit bouldercolorado.gov/community-relations/eviction-prevention-services. This website contains a telephone number and an online application for services.

Taxes – not so certain? HMRC seems to be addressing...

IRS is on the lookout for data on cryptocurrency by way...

Discover Georgia helps the tourism trade get better with $ 2...