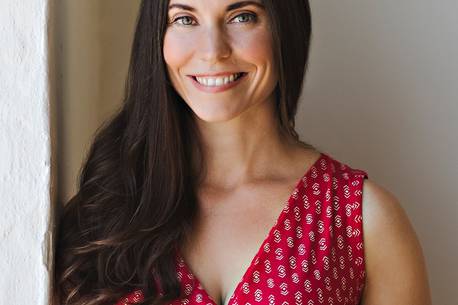 There was criticism and even rejection of the People’s Recovery initial pitch when an alternative to the Premier Economic Recovery Team (PERT) led by Dame Moya Greene was launched this week, but also plenty of encouragement and attention to the work of a volunteer group to help the it’s as inclusive as possible.

The People’s Recovery will have its own report as an alternative to Greene’s eventual document, but has launched its website and published two fact sheets this week by a coalition of more than 60 organizations and individuals from across the province.

These are people who have been coming together for a few months, getting valuable time out of family and work commitments because they take care of the precarious budget situation in the province and find alternative solutions that do not cause drastic cuts and difficulties.

Co-moderator Angela Carter, Professor of Political Science at the University of Waterloo, is a Newfoundland native and an expert on the oil and gas industry and climate change.

She said that while people’s recovery efforts are ambitious, it inspires them and it was a great experience learning from people’s perspectives at the virtual table.

“That’s what democracy is about – to get together, to listen to each other, to really listen,” Carter said.

These voices include advocates of indigenous peoples, disabilities, anti-racism and poverty reduction, as well as scientists and people who advocate for women, rural Newfoundand and Labrador, and fisheries, to name a few.

Carter said poverty is dear to governments because it has to fund programs, and decent job creation is a solid road to economic stability as it creates a stronger tax base.

The movement began when some people on Twitter became concerned about the impending Greene report.

“It’s too hard to worry personally and watch these things happen when I know that when citizens come together they can make change, positive change. … We could wallow in despair and turn away from the problem because it is too scary. But I don’t think that’s a way to live a full life, ”Carter said.

An informal chat resulted in more people from different backgrounds coming to the virtual table and drafting principles and guidelines.

“We met every week, and every week the group got bigger,” Carter said.

“It’s a goddamn sight better than doom scrolling on Twitter.”

Mark Nichols of Fight for $ 15 and Fairness said he had a problem with the narrative that the only way the government can get out of a fiscal hole is to cut it and privatize it.

He wants to be part of a more progressive, inclusive and equitable future for the province and says this is a realistic vision.

Nichols said it was important to talk about what you think is right.

“The big thing at the end of the day when the PERT report comes out is at least another vision on the table, another way forward on the table,” said Nichols.

It was about starting the dialogue and giving citizens and groups the opportunity to get involved and come up with specific proposals that the government has not yet made, said Russell Willliams, professor of political science at Memorial University.

“There will always be criticism, of course, and that’s fair enough,” he said of the group’s response so far.

“The situation in the province is dire and I think much worse than the government will admit in these provincial elections. The government wrote in a public letter a year ago that they were bankrupt and could not afford to fund public services. I think a lot of citizens were freaked out by this and want to be part of the process to find out what we are going to do next, ”Willliams said.

“People aren’t happy with the idea that we should let Moya Greene figure this out for us.”

Whether the movement can be self-sustaining is unknown as it is a tough endeavor, especially during the COVID-19 pandemic.

“Whatever comes out of it, comes out,” said Williams.

Mary Shortall, president of the Newfoundland and Labrador Federation of Labor, left PERT and soon after became involved in popular recreation.

While PERT ultimately turned out to be too mysterious and worrying for Shortall, she looks forward to being part of a conversation at People’s Recovery.

“It suits us, of course. … It is really open to everyone who has something to say. … It’s a holistic view of the economy. It’s amazing to just hear the passion, ”she said, adding that she also learns from the different voices.

“The dominant public narrative was the only way out, which is to cut yourself out of this. We have long said that there are other alternatives, ”said Shortall.

This is what the party leaders say:

Alison Coffin, Chair of the NDP: “It certainly reflects the sentiment you see on the New Democrat platform. A lot of our planks are there. You are talking about fair taxes, labor law reform. You are talking about a minimum wage of US $ 15 – Dollars – All These things are things we believe in. Many of the things you see here represent reasonable, fair, and diverse perspectives on how we can get Newfoundland and Labrador through this economic recovery. … That way, we can do where it is not in secret and it is not a group of hand-picked people. “

Liberal Leader Andrew Furey: “As we have always said, we welcome engagement from all perspectives. This also applies to this group. The Prime Minister’s Economic Recovery Team is diverse and has advised a range of stakeholders, including social and community organizations, with hundreds of hours of meetings to date. EngageNL offers the possibility for public contributions. We continue to commit to publicly publishing the team’s reports and fully consulting selected recommendations prior to implementation. “

Ches Crosbie, leader of the Progressive Conservatives: “You have an approach to economic growth and job creation that is in line with what I want to do. I’m glad you got in touch because we need people who are interested in how we’re going to recover. … It seems that they are doing as a counterpoint or a point of opposition to what they think Furey and Greene are doing. I think they are an austerity agenda and cut the agenda. So we’re on the same side. The narrative of this coming out during the elections is at least that they put their agenda on the table for people to see and discuss while Furey tries to keep his own hidden. “

Graydon Pelley, Chairman of the Newfoundland and Labrador Alliance: “I haven’t given him the detailed reading I would like and I will over the weekend. My first thought is whenever we have people willing to work together in Newfoundland and Labrador’s economic recovery. This is step # 1. … Collaboration is key and has to start somewhere. We may not always agree, but working together is key. “

Some of the suggestions for restoring the people to increase revenue:

■ Institute pay equity to increase the income of people on lower incomes from income tax, HST and other taxes. A minimum wage of $ 15 (and then a living wage) and the payment of justice for women would increase tax revenues.
■ Job creation to reduce unemployment by 3 percent (to match the Atlantic average), which could increase personal income tax revenue by approximately $ 48 million per year and HST revenue by an additional million.
■ Assess how the province could initiate a potential one percent increase in HST (which equates to about $ 110 million to $ 120 million annually).
■ Introduction of a luxury tax of 20 percent on the purchase of luxury cars.
■ Increase the marginal tax rate for the top two income brackets (over $ 135,432) by two percent each. That could bring in $ 42 million a year.
■ Reduce the income thresholds for the top two tax brackets to align them with the Nova Scotia thresholds.
■ Introduction of a new tax class or surcharge for income over $ 1 million.
■ Require that high-income individuals pay at least a certain amount of tax each year. This is known as the “Buffett Tax” after billionaire Warren Buffett who proposed it.
■ Creation of a new wealth tax for the richest, which in Newfoundland and Labrador could mean more than $ 50 million a year.
■ End the investment income versus wage income special. This could bring in at least $ 50 million in revenue for the provinces.
■ Restore the provincial corporate tax rate for large companies to 17 percent to raise approximately $ 30 million a year.
■ Create a new higher CIT rate for the largest companies.
■ Encourage companies to employ a certain number of people to qualify for the 3 percent discounted small business tax rate, which costs the government approximately $ 70 million to $ 90 million a year.
■ Eliminate subsidies to the fossil fuel industry and establish a system to maximize public revenues from the sale of non-renewable resources (minerals and fossil fuels).
■ Extension of the six percent capital tax on financial institutions to all large companies.
■ Fill in the loopholes and amend the law to prevent businesses (and individuals) from using tax havens to avoid paying taxes.
■ Eliminate the tax credit for political contributions from provincial companies.
Total Proposed Income: $ 876 million per year.
Source People’s Recovery https://peoplesrecoverynl.ca