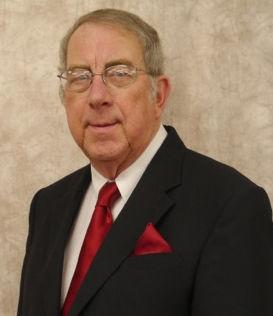 Businesses don’t pay taxes, they give them back either at higher prices or at lower wages.

Janet Yellen as a professor around 1992

Today Janet announces Trump’s tax cuts as an “international race to the bottom”. That would be lower taxes and fewer dollars politicians could spend buying votes. So Janet is calling for an internationally higher corporate tax rate of 28% for the US. In fact, companies willingly pay lower taxes and produce more, resulting in higher tax revenues. In legal circles this is known as price fixing and the conviction comes with a prison sentence. A few years ago Ireland created a stamp to relocate corporate headquarters there and enjoy the low corporate tax rate of 12.5%.

But apparently there is a lot of optimism. Markets have hit new highs (still due to reduced taxes and regulations) and Chase’s Jamie Dimon sees nothing but good news. Markets made new highs (with the exception of Russell 2000), but momentum appears to have slowed over the past week. Before we declare that Happy Days are back, there are a few things that need to be improved.

Team Biden appears determined to hike corporate taxes from 21% to 28%, which is a 33% increase. Plans to tax law-abiding gun owners will not stem the rise in violent crime in large Democratic-run cities. New York now has the highest taxes in America.

Immigrants pour over the former US southern border. The brother of the President of Honduras was convicted of smuggling 185 tons of cocaine into the United States. US drug users have destroyed entire countries in the south.

Financial explosions like Wirecard, Luckin and Archegos have occurred. Swiss bankers used to be admired for secrecy and conservative lending. Now Credit Suisse has lost billions in a swap trade.

Emerging markets are struggling. Last year the interest rates on Brazil (always the country of the future) government bonds rose from 6.5% to 9.5%. Tourism is lagging behind worldwide due to the pandemic.

Rental prices for commercial real estate are falling. Businesses have discovered work from home and are unlikely to be returning downtown. The same goes for shopping malls.

I’ve only driven about 2,000 miles in the past six months. Electrically or otherwise, I don’t see that fewer kilometers driven stimulate car sales here or anywhere else.

Education keeps flowing. Teachers’ unions keep public schools closed. At home, schooling grows at a cost far less than the public equivalent, the former without the latter’s levels of bureaucracy. The union’s refusal to return to work is the biggest boom in home schooling ever. And the $ 1.5 trillion higher ed debt stays with us.

Restaurants, live performances, and cruise lines remain dubious situations. Will help come before they all go out of business?

I’m not predicting any problems, just realizing that we already have a lot on tap.

What to search for in a rising tax atmosphere