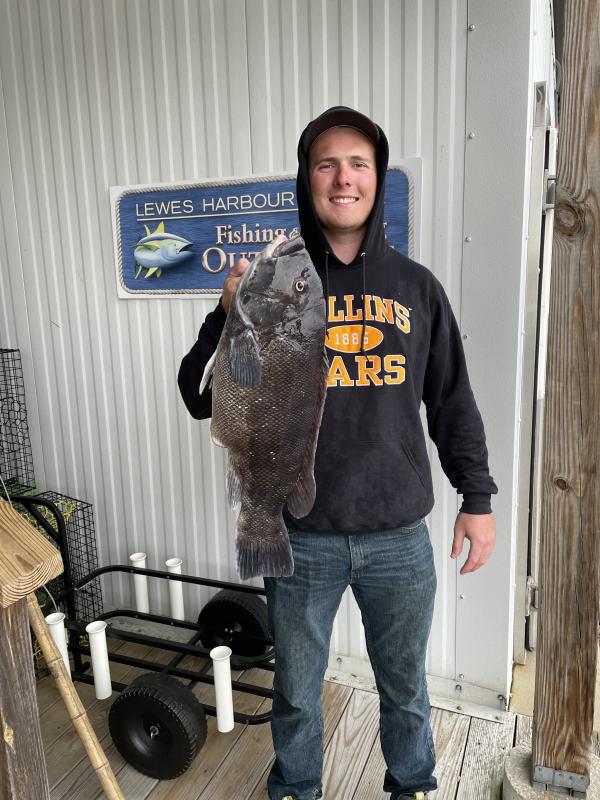 I haven’t given you enough information about the Coast Guard’s request for a shutdown switch for boats less than 25 meters in length. This requirement applies to boats manufactured after January 1, 2020. Thank you to a keen-eyed reader who emailed me to this fact and referred me to a Coast Guard website that explained the situation much better than their press release.

I hope not too many people did what I did and ordered a circuit breaker for their boat because of my mistake. Fortunately, I was able to get the correct information before paying an outboard mechanic to install the switch. I’ll leave the switch on my desk as a reminder to be much more careful when reading press releases.

On Tuesday I went to Broadkill Beach hoping to catch a black drum. I got to the top of the entrance and fished until the high tide. The water in the bay was pretty clean and I had no problem with weeds on my rigs. I didn’t have any problems with fishing either.

I fished two rods. One had a hook-in fishfinder rig that was baited with three sand fleas. The second had a top-bottom rig with two sand fleas on one hook and bloodworms on the second hook. I checked both of them every 10 minutes and changed the baits every 20 minutes, even though they looked just as good as when they were attached to the hook.

There were quite a few people on the beach, and from what I saw most of them were fishing hard. Some had four lines in the water. The only fish I saw caught was an ice skate. Now there were many lines in the water and someone could have caught a drum without me seeing it, but to the best of my knowledge none were caught while I was there.

I know some drums were caught from Broadkill Beach because I saw the photos. That’s why I was there. I don’t know why they weren’t there on Tuesday afternoon.

On Monday and Tuesday mornings, there were a number of short stonefish in the south pocket of the Indian River Inlet. On Monday it was swimshads and paddle tails, and on Tuesday it was bacon rigs. Small mussels and crabs were also caught at the inlet.

Larger parts were taken from the ocean structure and the outer wall. Crab and sand fleas were the best baits for the tog. The biggest problem for the fishermen was the weather. High winds have made anchoring a serious problem and tying to the outside wall a death defying activity.

Everyone, including myself, is concerned about the arrival of summer flounder in local waters. It looks like we’ll have to wait a little longer. I had an unconfirmed report of a flounder caught by VFW Slough in Indian River Bay and a confirmed report of the first flounder in Ocean City, but that was about it. They do a little better behind the Barrier Islands of Virginia, but then they always do.

Speaking of the Virginia Barrier Islands, the surf there on Cobb Island produced striped bass over 50 inches and red drum over 45 inches. You will have to do a little hard work to get to the islands but the reward is well worth the effort.

The only bright spot in Delaware are the ponds. All reports from there point to good fishing for crappie, bass and pickerel. Spinners, crank baits, jigs with gulps! Minnows and live baits like worms and minnows have all made excellent catches.

The $ 315,000 cost was paid for by the federal 5 percent excise tax on fishery products and funds from the Delaware General Fishing License. The split was 25 percent from the state and 75 percent from the federal government. That federal money would only be available if Delaware could match it with state funds. That’s what the fishing license does.

Fishermen and hunters pay their own way with the licenses they acquire each year and don’t rely on general tax revenues to fund our sport. Non-fishermen and hunters alike enjoy the docks, boat ramps, and wildlife sanctuaries that we are helping to build.