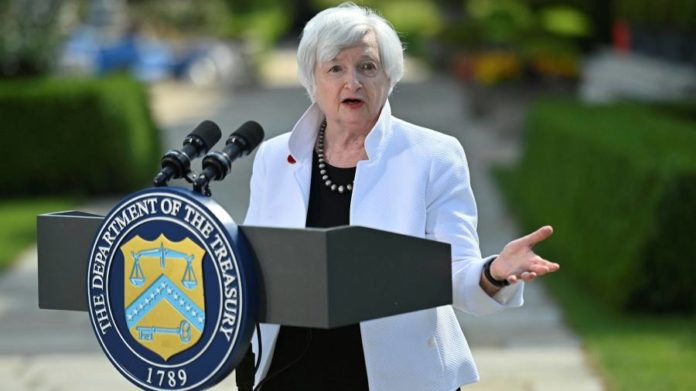 Since the inception of the Biden administration, US Treasury Secretary Janet Yellen has advocated a minimum global corporate tax. While the U.S. stepped back from a demand for a 21 percent rate (which was tied to the goal of raising the current U.S. corporate tax from 21 percent to 25-28 percent), it joined the G7 Treasury Secretary for a quota of at least 15 percent. Foreign Secretary Yellen praised the move: “This global minimum tax would end the race to the bottom in corporate taxation and ensure fairness for the middle class and working people in the US and around the world.”

It’s hard to argue that corporate income shouldn’t pay its “fair share”. But the global minimum tax raises both political and economic questions.

Politics first. Approval in the USA is likely to be difficult. The OECD estimates the minimum tax at US $ 50 to 80 billion a year, much of it from successful American companies. Revenue to the US Treasury Department would be part of that amount, but small in relation to the substantial increase in spending proposed by the Biden administration. Will other governments incur their own political costs to reach a potentially short-lived deal if it does not get US law approval? Even if the deal is successful, could it give China a competitive win? As a non-party to G7 or OECD proposals, couldn’t it use both tax rates and subsidies to attract more investment to China?

But especially in the economic field, the global minimum tax raises more sensitive questions in two areas. The first is the design of the tax base. The second deals with the fundamental question of what problem the policy is trying to solve and whether the new minimum tax is the best way to do it.

Without an agreement on the tax base, a rate of 15 percent is not particularly useful. In the United States in particular, home to many very profitable tech companies, concerns should arise that countries may apply special taxes and subsidies that are effectively targeted at specific industries. The US has had a version of a minimum tax on foreign income since the Tax Cuts and Jobs Act of 2017 enacted the GILTI (Global Intangible Low-Taxed Income) provision. The Biden government plans to use the new global minimum tax to raise the GILTI rate and expand the tax base by removing a GILTI allowance for foreign plant and equipment investment.

In order for a minimum rate of 15 percent to make sense, the federal states would need a uniform tax base. Presumably, the aim of the new minimum tax is to limit the benefits for companies of shifting profits to low-tax countries and not to distort where those companies invest. The combination of a global minimum tax with the broad base advocated by the Biden government could reduce cross-border investment and reduce the profitability of large multinationals.

An even deeper economic question is that of the tax burden. I noted above that the projected revenue increases are small compared to G7 government spending. It would not be the corporations who would pay more, but the owners of capital in general and the employees, according to today’s economic views, who would pay the tax.

There is a better way of doing what Yellen and her fellow Finance Ministers want to achieve. First of all, the federal states could allow investments to be fully recognized. This approach would move the tax system away from a corporate tax to a cash flow tax, which has long been favored by economists. With this revision, the minimum tax would not distort new investment decisions. It would also shift the tax burden onto economic rent – profits that exceed normal return on investment – and better serve the G7’s obvious goal of getting more revenue from the most profitable large corporations. And such a system would be easier to manage, as multinational companies in different countries would not have to establish different ways of tracking deductible investment costs over time.

In the debate leading up to the 2017 U.S. tax law changes, Congress considered a version of this idea in a targeted cash flow tax. Like sales tax, this would tax corporate profits based on cash flows in a given country. The reform, which failed because of the political desirability of border adjustments, limits tax prejudices against investments and strengthens tax justice.

Back to the numbers: countries with high public spending in relation to gross domestic product, as the Biden government is proposing, finance them mainly with VAT and not with traditional corporation taxes. A better global tax system is possible, but it starts with a “not GILTI” judgment.