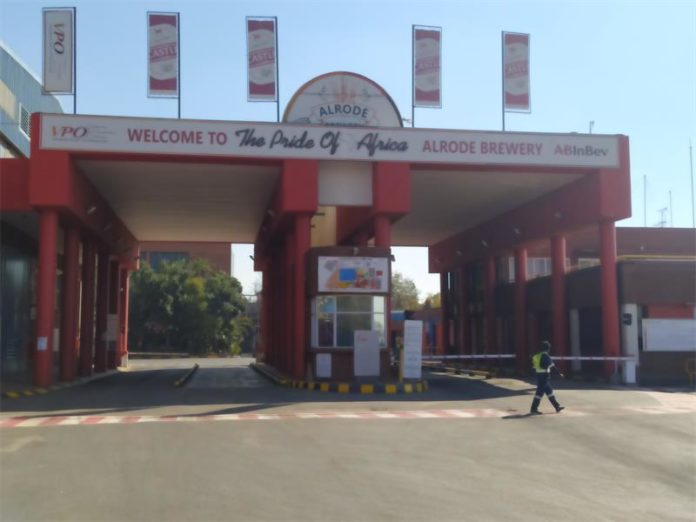 Alrode is the site of a large South African Breweries (SAB) brewery and the alcohol ban has affected that, according to SAB.

In a statement by the MSL group on behalf of SAB, SAB is very sensitive to the difficulties and emergencies it faces in the fight against Covid-19. Fully aware of the seriousness of this third wave, SAB agrees that lawful and proportionate action is required to contain the spread of the pandemic in order to save both lives and livelihoods.

However, it has cautioned the government’s decision to ban the sale of alcohol for the fourth time and expressed concern that this will only serve to encourage illicit trafficking in the country.

The Alrode brewery and the community that employs and serves it will suffer from the recent ban.

According to Hlumolo Matshanda on behalf of SAB, the job security of individuals along their value chain will be affected by the bans.

“We continue to review employee retention measures as we manage uncertainty.”

According to reports, the brewery can only operate at 50% capacity while operating costs remain the same.

“A company operating at a loss has no additional resources to spend elsewhere. An extended ban will certainly have a detrimental effect on the surrounding communities. “

As an organization, SAB has decided to take legal action to protect its business and value chain. This follows an initial challenge introduced earlier this year.

In addition, the South African Liquor Brandowners Association (SALBA) has requested extended payment deadlines for excise taxes due to Sars. SALBA chairman Sibani Mngadi said the government’s nationwide ban on the sale of alcohol is having a profound economic impact.

“The industry estimates that it will lose R6.1 billion in retail sales as a direct result of the current two-week ban (equivalent to 4.1% of projected sales for 2021), and the potential direct loss of GDP is estimated at R 3, 8-b (corresponds to 0.1% of national GDP at market prices for 2020).

Matshanda added, “SAB remains ready to work with the government and its industry counterparts who remain committed to supporting the fight against Covid-19.

“SAB urges the government to urgently strengthen partnerships with businesses to accelerate the rollout of Covid-19 vaccines to protect millions of lives and livelihoods.”