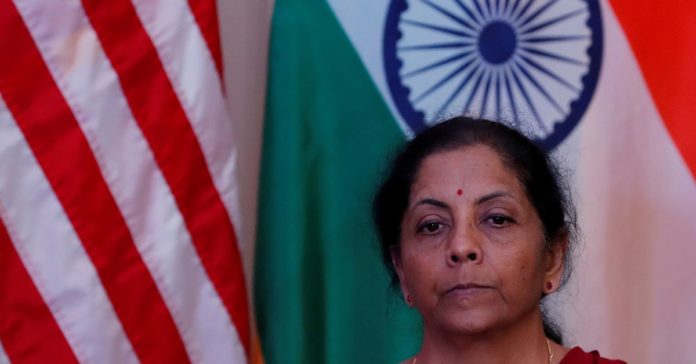 The Indian federal government will borrow $ 22 billion from the market to compensate the country’s states for a lack of tax revenue this fiscal year. However, it has deferred taxes on drugs and medical devices used to treat coronavirus patients.

This borrowing would be on top of the Rs 12 trillion ($ 166 billion) that is expected to be raised in the fiscal year that began April 1.

India’s deadly second coronavirus wave, which has killed thousands in the past two months, is now threatened with an economic revival that has been taking hold since the beginning of the year.

The economy is showing signs of distress, including falling tax revenues and a collapse in sales of a variety of goods, including automobiles. Continue reading

The Goods and Services Tax (GST), India’s largest tax reform, was introduced in 2017 to replace a number of federal and state taxes. The state governments were promised compensation through a surcharge on taxes on luxury goods for five years to ensure an annual growth in GST revenues of 14%.

Federal Finance Minister Nirmala Sitharaman spoke to reporters after the meeting with the Tax Council for Goods and Services, which she chairs and which includes all of the country’s state finance ministers.

The outcome of the meeting, which the council held for the first time in eight months, disappointed some of its members and experts after it postponed cuts in taxes on COVID-19-related medical devices and drugs.

“The council has failed to address the major problems facing the industry and the common man as a result of the pandemic,” said Rajat Bose, partner at Shardul Amarchand Mangaldas & Co, a law firm.

Sitharaman said a committee would be set up to look into lowering the rates of various medical devices and drugs. The committee will present its report in the next 10 days, she added.

“The relief from GST # COVID19 has been put on hold due to a lack of compassion from the Union government,” tweeted Manpreet Singh Badal, Punjab Finance Minister, after the meeting. Badal is also a member of the GST Council.