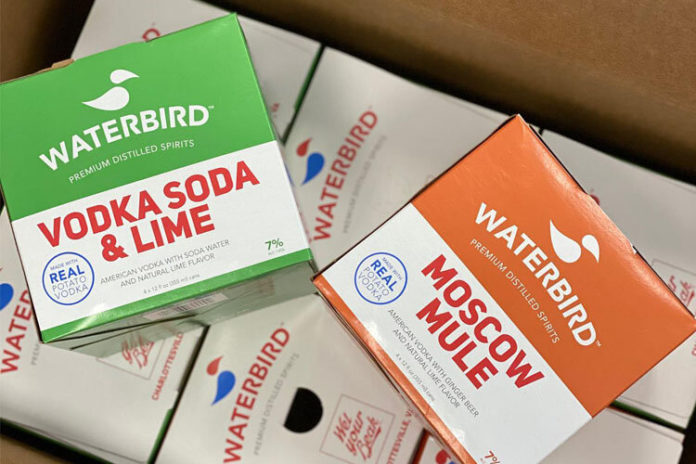 In the letter, Koch calls for unified opposition to lower excise taxes and greater retail availability of alcohol-based RTD. The United States’ Distilled Spirits Council (DISCUS), a trade group that primarily supports these proposed reforms, is advocating change at the federal and state levels. According to DISCUS, 13 states are currently considering new RTD laws.

As Koch put it in his letter: “Liquor companies have been eating our lunch for twenty years. … Let’s not let them eat our dinner. ”

The beer category has largely stagnated or lost volume in recent years – with the exception of the explosive growth of hard seltzer and other flavored malt beverages (FMBs). FMBs are an integral part of what keeps the “beer” category afloat – they are taxed at the same rate as beer and are state classified as beer. They increased their share in the beer category from 7% in 2017 to 15.7% in 2020.

WHY IT IS IMPORTANT

The economic necessity of hard seltzer / FMBs applies to both small and large beer companies alike. The Brewers Association (BA) reported a -9% decrease in craft beer volume in 2020, an unprecedented decrease mainly explained by the closings of bars and restaurants caused by COVID-19. However, taking into account the hard seltzer and FMBs of craft breweries, craft beer volume would have increased + 1% in 2020.

Beer companies as a whole need FMBs to enter the spirits market. However, liquor-based RTDs are competing with tough selters for drinkers’ dollars, so an explosion in liquor-based RTD sales would come at the expense of the beer category. This becomes relevant for beer producers as the regulatory changes proposed by DISCUS would likely make the production of liquor-based RTDs cheaper and more readily available on store shelves.

FTE is already expected to grow in the US at the expense of beer and FMB – even without the reforms that DISCUS is pushing. FTE accounted for 6% of total alcohol sales in the US in 2019, a proportion that is expected to rise to 25% by 2024. That emerges from data cited in a DISCUS presentation last year by Brandy Rand, chief operating officer of market, at analyst firm IWSR.

“It’s not exactly that RTDs only come from the beer category, but overall, they actually add more volume to the overall alcohol of the drink,” noted Rand in the presentation.

But the disc they might steal from beer is significant. In his letter, Koch writes that DISCUS estimates that beer could lose 45 million barrels if these reforms are passed. For context, that amount is more than sales of Bud Light, Coors Lite, Miller Light and Michelob Ultra in retail chains tracked by research firm IRI.

The reforms are aimed at two main objectives:

The malt-based RTDs have two advantages over liquor-based RTDs: They are available in more stores and are often cheaper per ounce. The reforms proposed by DISCUS threaten both benefits.

The beer segments that have grown in recent years are handicrafts and imports, while domestic beers have slumped. Drinkers act: They pay more for what they perceive to be higher quality products. RTD – considered a premium product – priced close to hard seltzer, craft beer or imported beer would pose a massive threat.

Currently, the cost of making and selling these RTDs is the biggest barrier to more companies producing RTD from wine or spirits. A DISCUS poll of its members found that 61.5% of distilleries not yet producing RTD would be more interested in tracking them if federal excise rates were reduced.

Legislative changes that allow better retail access have already proven to be a boon to the growth of liquor-based RTDs. Virginia passed a new law in July 2019 that allows beer wholesalers to sell liquor-based RTDs below 7.5% ABV and allow these RTDs to be sold anywhere wine is sold. The change was supported by Waterbird, a Virginia-based company that makes spirit-based cocktails. Spurred on by its success in this state, Waterbird is aiming for a national expansion to 40 states this year.

However, it is these efforts that Koch is keen to counterbalance. His own company, Boston Beer, is increasingly relying on hard seltzer and FMBs to survive – much like the beer category as a whole. As of the start of the year, Samuel Adams sales account for 10% of total Boston Beer sales. Really hard seltzer and twisted tea together make up nearly 75%. Now merged with Boston Beer, Dogfish Head Craft Brewery launched a range of RTD liquor-based cocktails in February as beer sales fell slightly over the past year. Penetrating other liquor-based RTDs are likely to make the glowing star brands of Boston Beer look boring.

“I appreciate Jim alerting us to the problem,” said Jim McGreevy, CEO of the Beer Institute (BI), a beer trade group that includes the largest breweries in the country. “In my opinion [tax] Compensation is an existential threat to the industry, and we should defend ourselves against it in every way. ”

According to McGreevy, the BI has communicated with the BA and the National Beer Wholesalers Association (NBWA) about this issue and the entire beer industry will oppose the proposed changes at the federal and state levels. Spokespersons for the BA and NBWA admitted that they are working on the subject alongside BI.

“Spirits has always wanted what beer has in terms of access, market, and tax,” says McGreevy. “It is important for us to protect these benefits.”

Beer fully recognizes the threat that excise duty equivalence and better market access for spirits would pose to the industry.

The spokesman for the BA, which represents the country’s small and independent breweries, reiterated McGreevy’s assessment and also expressed some concern.

“Successful alcohol policy has always recognized the fundamental differences between beer and distilled alcohol,” the spokesman said in a statement. “Accordingly, we take the risk of tax equivalence very seriously.”