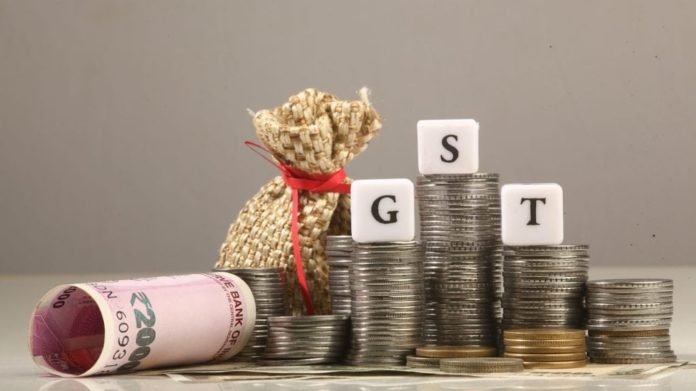 It has been four years since Goods and Services Tax (GST) unified most of the indirect tax laws in India. It took over taxes such as the service tax, the central consumption tax and the value added tax (VAT), which were previously levied on supplies depending on the type of activity carried out. It became a comprehensive tax, with a multi-level tax and depending on the place of consumption.

Using “One Nation, One Tax” as an ideology, GST’s goal was to streamline the indirect tax system in India. India had way too many indirect tax laws, which resulted in a myriad of different portals, returns, and due dates to keep track of. The lack of a unified system also made nationwide surveillance difficult and widened the loopholes for unscrupulous business people who sought it.

It took 17 years from the establishment of the first committee in 2000 to draft the GST Act to its introduction in 2017. However, the journey was not over with the implementation of this massive, uniform reform. In fact, it was the beginning of an evolution in modern tax law. The benefit of a common tax law that unites the whole country paved the way for new digital reforms.

In 2018, electronic bills of lading were introduced, which were introduced to track the movement of goods across the country and, indirectly, a means of controlling tax evasion. Stricter GST laws were introduced in 2019, restricting tax credits to data only reported by their respective providers. India’s biggest digital reform took place in 2020 in the form of electronic invoicing. It was a system of interoperable electronic invoices created by taxpayers but authenticated by the government through the e-invoicing portal.

2021 started with further updates in the GST law. The restrictions on ITC claims have tightened, much to the dismay of taxpayers. On the other hand, small taxpayers experienced some relief in the form of new quarterly filing options.

For the past four years, GST’s travel has seen pros and cons. The advantages were many. The introduction of the GST helped eliminate the cascading effect of taxes and contributed to the smooth flow of tax credits. The higher thresholds for registration give taxpayers greater leeway compared to the previous indirect tax laws.

In addition, GST has helped regulate the disorganized sector in India. The construction industry, for example, was very disorganized. Much of the deal took place in cash and was not proven. With strict pre-tax rules and common law, it’s now easier to prosecute and punish defaulting individuals. Overall, GST has helped regulate this and many other sectors and has certainly pushed corporations to put clandestine transactions under the government’s radar.

When the newer tough tax law wasn’t enough, e-invoicing has continued to help the government keep all transactions under digital control. Currently it is only valid for companies with a turnover of more than 50 billion rupees and only for B2B transactions. However, there is a possibility that one day it will be rolled out to all businesses and all transactions.

The GST journey is constantly evolving. A lot has happened in the last four years. It started as a “good and simple tax”, a merger of different laws in one and a simplification of the compliance system. But now it has grown by leaps and bounds with new reforms that take advantage of digitization and the rise of stricter rules and regulations.

The GST is still a reform in progress. If one had to ask what future taxpayers can expect from GST, the answer would not be that simple. When it comes to government, they are going “digital” at an unprecedented pace. Registrations, feedback, refunds, etc. have already been carried out completely online. With the ability to make e-invoicing mandatory for all businesses, India will now move to a trackable, traceable transaction system with no room for loopholes.

The next big thing to expect from GST in the future is the unification of the systems. Soon there may be no other systems for GST returns filing, electronic invoicing, and electronic waybills creation. Instead, a single upload of data and seamless data flows create a consolidated data portal. This step will minimize taxpayers’ data entry efforts and help the government keep track of revenue transactions more effectively.

The third largest step could be the integration of the direct and indirect tax systems in India. So far, there has been hardly any link between the information provided by taxpayers in their income tax returns and the information in the GST returns. That will definitely change soon.

The government announced in 2020 that taxpayers’ reported sales under GST would be available on the income tax portal. There are currently thousands of companies involved in fake invoice scams or reporting millions of rupees under the GST but not paying income tax.

All of this will change once the government eases the data linkage between the income tax and GST portals. It becomes much more difficult for taxpayers to play the game with the fake bill or even to think about tax evasion. This move would also raise taxes on the Treasury and put an end to underreporting of revenue data.

How do taxpayers keep up? In order to keep up with the constantly evolving GST reform, taxpayers should consciously choose digitization now. When the government uses data analytics and artificial intelligence (AI) to track even the smallest loss of revenue, it’s high time taxpayers did too.

Several taxpayers have historically missed claiming accurate pre-tax credits due to late filings by their non-compliant suppliers. The responsibility for improving their compliance game rests with the taxpayer, and there is no better way than using the technology and adopting automation. Put the taxpayers’ GST journey on autopilot, from filing returns to reconciling ITC claims and supplier management, is the order of the day. This is the only way for taxpayers to keep pace with GST legislation in the future.

Last but not least, taxpayers really expect a stable system in the future of GST travel. A system that is free from technical malfunctions, has easier compliance and less tax burdens. Four years later and dozens of GST Council meetings later, if the Center and States can work together to find a solution to these problems, it would really be the icing on the cake. After all, it was introduced as a “good and simple tax”.

The author, Archit Gupta, is the founder and CEO of Clear. The views expressed are personal

G7 needs to succeed in settlement on international company taxation