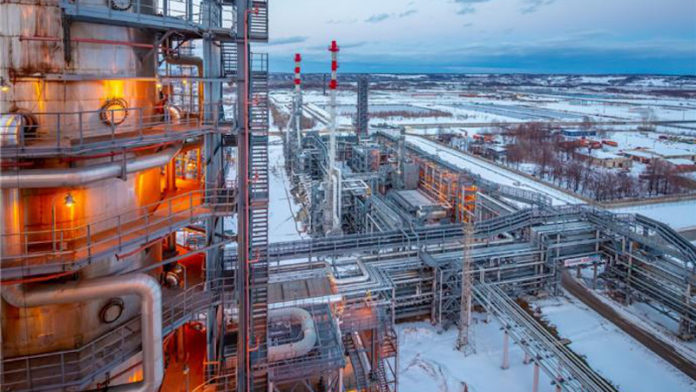 LUKOIL and the Russian Federation’s Ministry of Energy signed an agreement on Wednesday that provides for LUKOIL to receive an investment increase to reverse the excise tax on oil by January 1, 2031 to build new deep-oil refining facilities at LUKOIL-Nizhegorodnefteorgsintez LLC, a wholly-owned subsidiary of PJSC LUKOIL.

According to the agreement, LUKOIL will build a recycling plant for crude oil residues in its refinery in Nizhny Novgorod. The facility will consist of the following units:

Construction of the facility is already underway: the core equipment for long lead is installed. On-site pipelining and piping of equipment are ongoing. The plant is scheduled to go into operation in the fourth quarter of 2021.

The start of the plant should make it possible to reduce annual heating oil production at the Nizhny Novgorod refinery by 2.6 million tons and increase annual Euro 5 diesel fuel production by 0.7 million tons. The refinery yield thus rises to 97%, with the yield of light products reaching 74%. The implementation of the project will reduce the LUKOIL Group’s total heating oil production to less than 4% and increase the yield of light products to 75%.

“LUKOIL has fully met its refinery modernization commitments under its previous agreements with the government. The realization of this new project at the Nizhny Novgorod refinery is a long-term investment aimed at supplying the Russian market with high quality fuel. The plant will achieve synergies with the catalytic fluid cracking plants already in operation and thus improve the output mix of our refinery in Nizhny Novgorod, ”said Vadim Vorobyov, First Executive Vice President of LUKOIL.