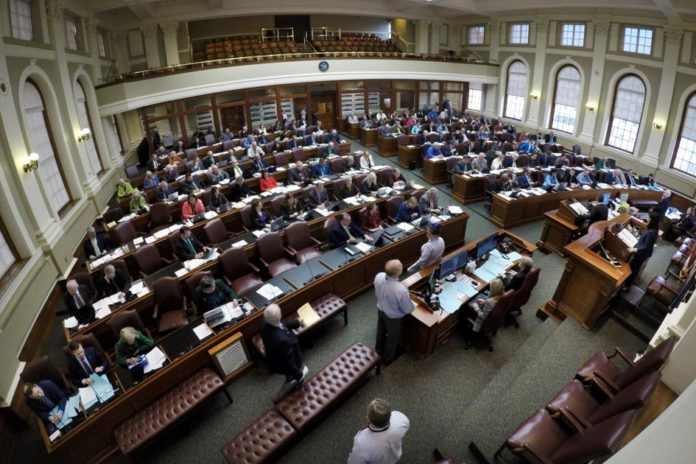 A suggestion, HP 361 The tax, filed by Rep. Michael Sylvester, D-Portland, would impose a 3% tax on Mainers who earn more than $ 200,000 a year. The money would go to Maine’s Earned Income Tax Credit program, which is used by approximately 90,000 low-income workers.

Another suggestion HP364, submitted by Rep. Heidi Brooks, D-Lewiston, would raise the state’s maximum corporate income rate from 8.93% to 12.4% to increase revenue for services and programs and pandemic recovery.

The bills were among several proposals to increase wealth and corporate income taxes that were tabled to the legislature’s tax committee during a livestream hearing on Tuesday.

In a testimony presented to the committee, Brooks wrote that companies “thrive and benefit” during the pandemic while average Mainers suffer financially.

“Many are struggling to afford housing, supplies, food and health care. Even before the pandemic, it was not uncommon for people to have two or three part-time jobs with no benefits to support themselves and their families,” she wrote. “Many of the multimillion-dollar companies benefit from it, while their employees do not even earn a living wage.”

House Speaker Ryan Fecteau, D-Biddeford, has tabled a bill to add a temporary tax bracket for the state’s top earners.

In 2016, Maine voters passed a referendum that added a 3% annual increase to household incomes of more than $ 200,000 to fund public education. But the law was later repealed by GOP lawmakers and former Republican Governor Paul LePage.

Last month, a coalition of social justice organizations in Maine sent a letter to lawmakers calling on them to support proposals to raise $ 400 million through taxation on corporations and top state earners.

“These proposals would improve both the fairness and adequacy of Maine’s tax law and help increase the revenue needed to fuel our COVID recovery and build a stronger, fairer future,” the coalition wrote.

However, pointing to the narrowly passed 2016 referendum, David Clough, state director of the Maine chapter of the National Federation of Independent Business, said proposals to revive wealth tax would harm the middle class and corporations.

The proposals would also be pushed back by Governor Janet Mills, a Democrat who has said she opposes wholesale tax increases.

Michael Allen, assistant tax policy commissioner for the State Department of Administrative and Financial Services, said the proposals would give Maine “the highest individual income tax rate and the highest corporate tax rate in the country.”

“These proposals come at a time when the Maine economy is struggling to cope with the effects of the pandemic,” Allen wrote before the committee. “While we are seeing some positive signs, avoiding tax hikes of this magnitude is an important component in positioning the state to recover quickly and strongly economically.”