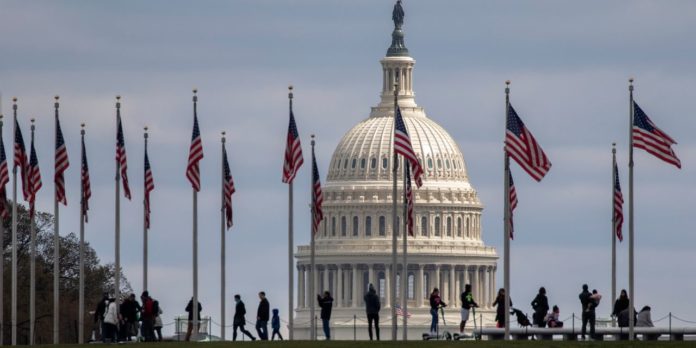 WASHINGTON – The 2017 Tax Act is making life harder for U.S. businesses suffering sudden losses, and Congress is under pressure to relax some of those regulations as the economy is hit by the effects of the coronavirus.

To finance the reduction in the corporate tax rate, the deductions for net operating losses and interest have been reduced. The changes in loss deductions, in particular, make it difficult for companies to use today’s losses against past profits and request quick refunds for cash infusions.

The previous tax law “was a classic automatic stabilizer that helped companies weather an economic storm,” said Martin Sullivan, chief economist at Tax Analysts, the nonprofit publisher of Tax Notes. “This is especially important now as companies large and small are looking for liquidity.”

Changes to loss deductions and other business tax provisions could come soon as Congress attempts to respond to the virus’ sudden economic shock. The National Association of Manufacturers has already asked Congress to consider relaxing the rules on loss deduction.

Retailers, restaurants, and the travel industry can experience sudden drops in sales as consumers remain inactive. Economists and policymakers have discussed ways to keep businesses alive until the crisis ends.

“If you removed that obligation or went back to the old rule, you would get some money into the system relatively quickly,” said Mr. Kumar, a former Republican Senate adviser.

So far, the coronavirus relief measures adopted or under consideration have not included any tax cuts other than one to help them pay for the newly hired employee vacation.

But there will be more legislation soon, and Treasury Secretary Steven Mnuchin said airlines, cruise lines and hotels could get help to cope with a sudden drop in sales.

Prior to the 2017 Tax Act, companies could carry back losses for up to two years to offset past profits and carry forward 20 years as deductions from future profits. They could often request a quick refund of previous year’s taxes when they started reporting losses.

“You want a safety valve in the system that allows cash and cash equivalents,” said Dan Luchsinger, chairman of tax practice at Covington and Burling LLP. “We’re in a world where there are no quickie refunds.”

The previous system was a recognition that companies’ assets do not necessarily coincide with the annual tax assessment periods. The deductions effectively enabled companies to average their income over an entire business cycle.

In the past, including in 2002 and 2009, Congress expanded loss deductions during recessions to get businesses cash in quickly.

In 2017, with little corporate opposition, Congress eliminated readmission for almost all companies, meaning companies can no longer deduct today’s losses from yesterday’s profits.

In the same law, Congress also allowed transfers to be indefinite and the 20-year limit to expire. And they capped the loss deductions used each year to 80% of a company’s taxable income.

It was estimated that these changes grossed $ 201 billion over a decade and paid part of the corporate tax rate cut from 35% to 21%.

“It wasn’t the most farsighted change in policy,” said Chuck Marr, senior director of federal tax policy at the Left Center on Budget and Political Priorities.

Other changes in the 2017 law can pinch businesses as well. The law limited interest deductions to 30% of earnings before interest, taxes, depreciation and amortization. When corporate profits shrink, that limit can hit them unexpectedly.

The new features of the international tax system – a minimum tax on foreign income and a tax on certain cross-border payments – also have features that make it difficult to use losses to offset profits.

“Businesses and policymakers need to understand that we are operating from a hole that we have not operated from in the past,” said Luchsinger.