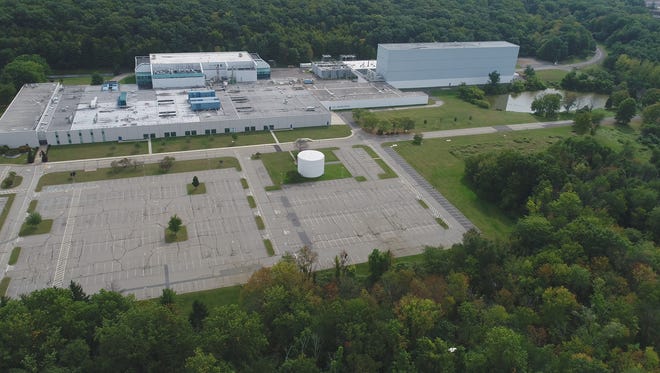 SUFFERN – A move by the owners of the former Novartis property for a substantial tax cut has failed, Ramapo and village officials said.

The proposed reduction, which Suffern Partners LLC requested in court in 2020, would have reduced the property’s valuation from $ 41 million to $ 6 million.

By terminating the process and realizing the value of the parcels, owners saved taxpayers a potential loss of $ 1.36 million in tax revenue and a resulting increase in property tax, officials said.

Novartis Sales Flip: The Novartis website was sold for $ 18 million and resold for $ 30 million

“This is a big win for the average taxpayer in Ramapo and Suffern,” said Ramapo supervisor Michael Specht. “Suffern Partners, LLC showed tremendous behavior and malice during this process as they tried to save millions on taxes they legally owed.”

Specht said the company, embroiled in litigation among its partners and in breach of zoning, tried to take advantage of the system without considering the adverse economic impact it would have on taxpayers.

“Ramapo taxpayers should never have to pay the bill for a large company that seeks financial advantage through underhand and unforgivable means,” said Specht.

Facts of the case

The case revolved around the old Novartis Pharmaceutical facility, a 167-acre property on Old Mill Road in Suffern, as well as other parcels across the village and in Montebello.

While Sufferm Partners LLC claimed the property had fallen in value and requested a tax deduction, it signed a deal to sell the property for $ 55 million.

Suffern Partners failed to notify the city of the impending sale, which was required by state law. Instead, despite the inequality between sales price and market value, the company continued to pursue legal action against the city, city officials said.

“When you deal with tax matters, you see property owners going case-by-case to snoop around town, lose, or get their way in court or settle down,” Harris said. “As far as a crime is concerned, I’ve never seen it that way. Here it was a lack of information rather than a false filing.”

Ramapo Assessor Scott Shedler, the State Assessors’ Association legislative coordinator and former group president, said he had worked with state lawmakers on various bills that would protect all property owners, even from the cost of frivolous litigation.

The association proposes that New York pass bill that will increase a commercial property owner’s rating if the owner files a tax challenge and the court finds the property is undervalued.

“Such a law now exists in New Jersey and has been an effective way to prevent repetitive and frivolous real estate tax challenges,” Shedler said.

Financial transactions with the former Novartis property have continued since the pharmaceutical company sold the manufacturing facility in September 2017. Federal bankruptcy proceedings and legal action continue.

The property on the border between Suffern and Montebello on Old Mill Road includes a 585,000 square meter building with offices, laboratories, a production area and a warehouse. The package is Suffern’s largest taxpayer and pays $ 310,259 for fiscal year 2018-2019.

First, Monsey-based RS Old Mill LLC bought the property for $ 18 million months after filing for Chapter 11 bankruptcy protection to keep its $ 2.5 million bail from being forfeited. The company later claimed its rights were usurped by its own business partners, who resold the property for $ 30 million.

The company, managed by Yehuda Salamon, has completed a series of transactions to earn the $ 15.5 million needed to close the deal. This is evident from legal records filed with the federal bankruptcy court. This included RS Old Mill LLC transferring the property to a company of the same name, RS Old Mills Rd LLC, which in turn agreed to transfer it to another company, Suffern Partners LLC, for $ 30 million.

O&R says Suffern Partners remains the target of legal action by Orange and Rockland Utilities over an unpaid $ 309,000 utility bill.

The first tenant, Continental Kosher Catering, who moved into the Old Mill Road building in January 2019, was warned that it was missing both a certificate of use and a certificate of use, Markunas said. The construction department issued a work stop order.

Markunas praised the end of the tax assessment process.

“By working with the city of Ramapo to fight on behalf of our residents against a greedy company that has tried to take advantage of the system through frivolous legal action,” said Markunas, “we have been thankful to have made a big profit for the city. ” People in Suffern and Ramapo and protect our taxpayers’ paperbacks. “

Steve Lieberman covers the government, breaking news, courts, police and investigation. Reach him at slieberm@lohud.com. Twitter: @lohudlegal. Read more articles and bio. Our local reporting is only possible with the support of our readers.