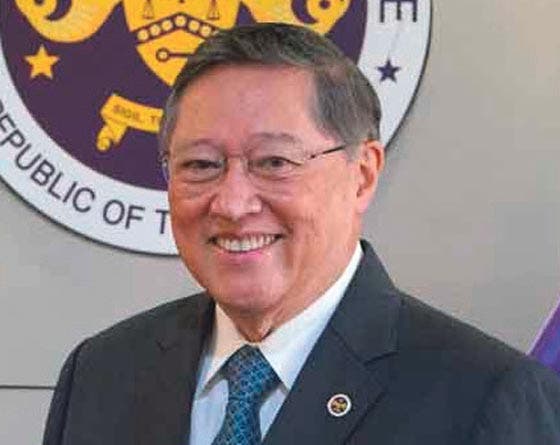 (Speech by Finance Minister Carlos Dominguez at the Sulong Pilipinas: Pre-SoNA of the Clusters for Economic Development and Infrastructure on April 26, 2021)

First of 2 parts
The pandemic has put the nation to a great test. But we have the financial stamina to weather this long struggle and to overcome the crisis.

The Philippines maintained its solid financial footing during this global health emergency. This confirmed the correctness of the policy followed by President Rodrigo Duterte since the beginning of his term in office.

When President Duterte took office in 2016, he adopted a reform program proposed by various stakeholders who participated in the first Sulong Pilipinas. This program, summarized as the Socio-Economic Agenda from zero to ten, has been run by the Duterte administration ever since. From the beginning we have been a government that consults and follows the recommendations of its citizens.

Pro-market agenda
The continuation of the market-friendly macroeconomic policy was on the agenda. The need for a progressive tax reform program and a more transparent government was highlighted. The importance of simplifying business processes, improving peace and order and promoting rural development was highlighted. It also urged increased investment in infrastructure and human capital development.

Over the past five years, the Duterte administration has shown great political determination to pursue and implement this governance agenda.

In order to properly assess these reforms, we need to divide the term of office of this administration into two periods. The first is the “growth phase” and the second is the “pandemic response phase”.

We did a lot to consolidate our economic growth in the first phase of this administration. We grew by an average of 6.6 percent. This makes the Philippines one of the fastest growing economies in Asia.

The expectations were met and the promises kept.

With the establishment of the autonomous region of Bangsamoro for Muslim Mindanao, we have taken an important step towards lasting peace. The government also maintained a relentless campaign against the crime that broke the back of organized crime, particularly those involved in the illicit drug trade.

We have seen the passage of the Ease of Doing Business Act and the National ID System that bring us closer to the goal of achieving e-governance.

The rice tariff law was finally achieved after more than 30 years of failed attempts by previous administrations.

The law opened up the Philippine rice market and in turn lowered the price of our country’s staple food for more than 100 million Filipinos who spend about a fifth of their total budget on rice alone.

Today’s Filipino consumer has an average reduction of P8 per kilogram compared to the peak in rice prices in 2018. Consumers now also have more rice choices. As a result, rice is no longer a major contributor to our headline inflation rate.

In March 2021, rice contributed only a tenth of a percentage point to inflation, compared to its one percentage point share at the peak of inflation spike in 2018. Without this law, we would have seen even higher inflation rates and seasonal rice shortages.

The law ensures that farmers benefit directly from import tariffs by allocating at least 10 billion pesetas annually for mechanization, high quality seeds, access to credit and training. Since the law came into force, the customs office has levied rice import duties totaling 31.9 billion pesetas, which finance the modernization of our agricultural sector.

Courageous tax reform
We have also successfully taken bold tax reform measures. We are the first government in Filipino history to introduce tax reform without being forced to do so by an outside party or an impending economic crisis.

However, I would like to point out that the success of tax reform measures is not solely due to current efforts. Indeed, it is a logical continuation of decades of reforms painstakingly carried out by previous administrations.

The TRAIN Act, or the Acceleration and Inclusion Tax Reform, is a major achievement of this administration. It provided a robust and recurring revenue stream that expanded social services and supported our massive economic investments in modern infrastructure.

TRAIN lowered personal income taxes for 99 percent of our taxpayers and gave them much-needed relief after 20 years of non-adjustment. Through TRAIN, we have given our wage earners a salary of 14 months every year.

According to the law, we have put consumption taxes on sweetened drinks, from which we collect nearly 100 million pesetas a day. TRAIN also commissioned the implementation of our first nationwide fuel labeling program to curb oil smuggling.

Overall, TRAIN enabled the government to generate additional income of PTS 305 billion in the first three years of implementation.

The Duterte government is the only government in Filipino history to increase excise taxes on sin products three times in a presidential term. The excise duties on tobacco and alcohol products improved the funding of the Universal Health Program – another landmark reform of this administration.

Since 2016 we have been collecting an average of 200 billion pesetas in excise taxes on cigarettes and alcoholic products every year. This is more than double the previous administration’s average annual collection.

In addition to modernizing our tax policy, the Duterte government aggressively pushed for the full digitization of the tax office and the customs office. These efforts improved the collection efficiency of these agencies. For example, in 2015 only 25 percent of taxpayers used the BIR’s electronic registration and payment system. In 2019, the taxpayers who used the electronic channel more than doubled.

Our policy of instilling budget discipline to our GOCCs or state-owned or controlled companies has enabled us to raise an average of PTS 57 billion a year from these companies since we took office. This is more than double the previous administration’s average annual collection.

Through bold tax reforms and better tax administration, we were able to increase our income from 15.1 percent in 2015 to 16.1 percent of GDP in 2019. This was our best accomplishment in more than two decades.

In 2019, our debt ratio was at an all-time low of 39.6 percent after 42.7 percent in 2015. We had the highest credit rating of all time. As a result, we have been able to reduce our borrowing costs and increase the issuance of bonds with very tight spreads in international markets.

Productive expenses
This means that more of our budget is used for meaningful and productive spending than it is for servicing debt. It also shows that our additional debt is benefiting our development agenda rather than hurting growth.

A perfect example of our productive spending is the Build, Build, Build program. This is the president’s main strategy to lift Filipinos out of poverty.

The Philippines have invested too little in infrastructure for far too long. The previous four administrations only spent about two percent of GDP on infrastructure investments. This anemic performance created problems of congestion and inefficiency in our ports, airports, bridges and roads. With priorities realigned under President Duterte’s oversight, infrastructure spending rose dramatically to an average of five percent of GDP.

Our budget discipline also encouraged our development partners to support our infrastructure program through discounted loans and grants. Since taking office, we have concluded 22 highly licensed loan agreements for our flagship infrastructure projects. This includes the country’s most ambitious infrastructure company – the Metro Manila subway project.

In addition to infrastructure, the Duterte administration also invested heavily in social services to promote the development of human capital. We offered health insurance, housing, unconditional cash transfers, and free education at state colleges and universities.

With all of these groundbreaking reforms, we have entered 2020 with the prospect of becoming a higher-middle-income country.

We have done a remarkable feat of reducing the poverty rate from 23.5 percent in 2015 to just 16.7 percent in 2018. In just four years, six million Filipinos were lifted out of poverty.

Obviously we had achieved better economic and social results for the Filipino people.

Covid happened
And then came Covid-19 and this one-time pandemic disrupted everything.

Although the global health crisis was both unexpected and unfamiliar, the Duterte government moved quickly to protect Filipino life.

For most of 2020, the government had to impose movement restrictions in order to protect our population from the virus while building the capacities of our health system.

We were fully aware, however, that this would impose high costs on government, business and our people.

“There isn’t any frigate like a ebook”: tax law and literature