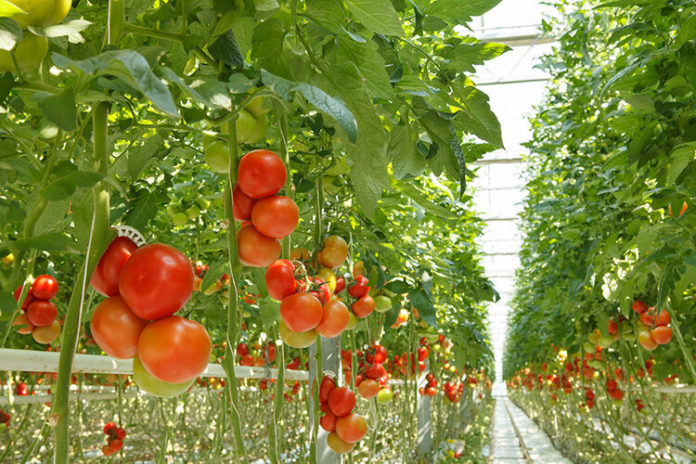 Controlled Environment Agriculture (CEA), an automated hydroponic system for growing crops in a closed environment, has less water use, less pesticide use, less fertilizer and less land use for the amount grown compared to tillage. What is more of it used? Capital and energy. Due to energy consumption, this would be a non-starter with our local electricity tariffs, which therefore requires profitable self-generation. This explains the solar panels.

Is it a utility-scale solar system? According to the city definition in square meters, yes, but according to the proposal, all the electricity produced would be consumed on site. This is a big difference from the Revity project, which requires 50 percent solar panel coverage on a property in a residential area, and since the property is not polluted, 100 percent of that electricity is fed into the grid.

If you really want to preserve things like natural resources for future generations, you don’t use them. Traditional agriculture can consume land and use a lot of water, fertilizers and pesticides. The 1930s Midwest Dust Bowl was man-made, not a natural occurrence. If we want to preserve water and agricultural resources for future generations, CEA seems like a good solution. The greenhouse is big, but it has a dirty floor. If it doesn’t work, removing it and getting back to traditional farming wouldn’t be difficult – nowhere near the cost or hassle of removing a mall.

Regarding concerns that the project does not fit into the overall city plan, this document was last updated in March 2004. Although CEA, like photovoltaics, was already in place when it was written, it was not included in the plan. State law requires comprehensive plan updates every 10 years, so our comp plan is also legally out of date. It is meant to be a forward-looking document, not a historical artifact.

What should really happen here is that the master plan is updated first and then we can intelligently discuss whether solar and CEA projects are a fit instead of guessing. As far as the consideration of smallholders is concerned, I do not think that the proposal discussed last has any minimum size restrictions, so that large and small farms could benefit from it.

As for the question of the solar system in front of the greenhouse, this is not “backwards” – this is the best practice in building. Whether it’s a house, building, or complex of buildings, you’ll want to do the infrastructure work like foundations, water, and electricity first because you can use these improvements to complete the work that makes the rest of the work easier, faster, less annoying and less annoying. You also try to do the work farthest from your entrance first, as this minimizes the chance of passing vehicles and equipment damaging the already finished material.

From the plans I see on the Rhode Island Environmental Management website, the panels are farther from the entrance than the greenhouse, so this approach makes sense.

As for the tax base impact, this is a situation where it pays to be careful about what you want. Will it lead to a dramatic increase in the city’s tax base? Probably not. But it will expand quite a bit as business inventory is taxed in Exeter. It will also lead to more government tax revenue – provided the company generates revenue.

As for property tax, I assume that most of the Schartner property is properly taxed as arable land. But think about where things are going. Farm income is required to pay these farmland taxes, and it has been years since the Schartner Hofstand saw customers. If something doesn’t change, sooner or later the money runs out and then the land becomes free again – which has an even lower rate and lowers the city’s tax base – or it is sold on the “highest and best use” principle, that is today means affordable, high-density housing.

Just last month the planning agency approved a 40-unit project for a property a little further south on Route 2. Given the Schartner acreage, the final number would likely be hundreds of units.

Cotter says the project doesn’t have to be on prime farmland and, thanks to its closed CEA architecture, could be built in an industrial area elsewhere. Yes, that’s true – and so is the Revity project – but keep in mind that this land has been cultivated by the Schartners for at least four generations. It makes good business sense to make the most of the assets you have. It is understandable why they would prefer to do so on the land they already own rather than take up stakes and move elsewhere. Because land is so expensive, buying “industrial land” elsewhere would involve selling that land and converting it by each buyer into what Exeter believes is the “highest and best use” – residential property.

“Rural” is based on population density. If Cotter really wants to preserve and promote the rural atmosphere of Exeter, she should support this project instead of criticizing it.

According to DiGregorio, the Schartners pay property taxes. A quick look at the appraiser’s database reveals that the lot in question has an estimated value of $ 970,000. It looks like it’s enrolled in the state farm, forest and open space program. If Frank thinks they are not paying enough taxes, the state is the place to go, not the city.

Controlled environment agriculture has been around for decades, and the same goes for solar systems. If the comprehensive plan had been properly updated in accordance with government regulations, it would anticipate the potential uses of CEA and Solar.

As for DiGregorio’s opinion on fire protection, he’s wrong here too. A temporary structure is something that is not permanently attached to the ground. If it can be unscrewed and moved, it is not a permanent structure. Sure, it’s big, but it’s still a greenhouse. Thermodynamics may not be a subject of study for architects, but for engineers, and for safety, I would expect this structure to be safer than most, at least when it comes to fires. Glass, metal, concrete and water do not burn. Growing plants are not flammable unless exposed to extreme heat for an extended period of time, long enough to dry out. Dried pods may be flammable, but I don’t assume they will be kept indoors because they take up too much space, and outdoors I assume they are part of a composting program. This structure will be far more secure than the typical residential home.

Displacement of fertile agricultural land is not Frank’s decision. That decision rests with the Schartners.

Asa Davis has been based in Exeter, RI since 1973. He owns more than 100 acres in the city and has proposed building a 30-acre floor-mounted solar array.