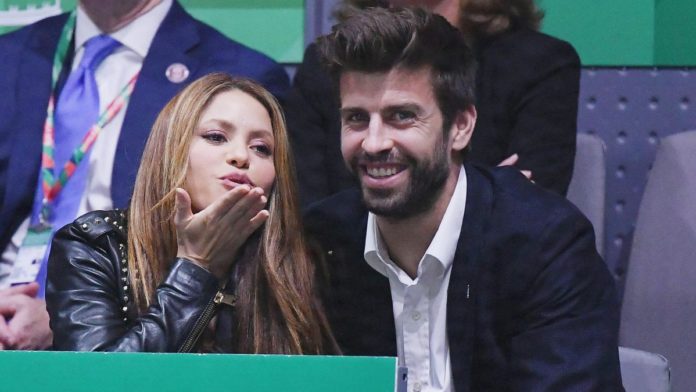 Shakira and Gerard Piqué in a file photo from 2019.Cordon

Shakira is running out of options to avoid trial for six alleged tax offenses. The Colombian singer claims that she was tax resident in the Bahamas until 2015 and should therefore not have paid Spanish income tax – known as the IRPF. A report from her defense lawyers, to which EL PAÍS had access, claims that her presence in Spain was “sporadic” during the three years in question. However, that hypothesis was refuted Thursday by a tax authority investigator who confirmed evidence of the evasion before the judge oversaw the pre-trial phase of the case.

Prosecutors claim the global superstar, whose real name is Isabel Mebarak, evaded € 14.5 million in taxes by concealing her assets through a network of companies based in tax havens. The Spanish tax authorities believe that as of 2012, two years after starting a relationship with then FC Barcelona football player Gerard Piqué, she should have been considered resident in Spain because she had been living in Spain for more than the required six months plus one day spent as such. Although she traveled around the world during this time due to her professional obligations, it was a matter of “sporadic absences”. The tax authority claims that she lived in Barcelona in every way.

If the case goes to trial, Shakira may have to testify publicly in court and face jail time

When she appeared in court in 2019 for questioning, Shakira stuck to the script created by her defense team, claiming that during those three years she lived in the Bahamas, where she owned property that she shared with her former partner, Antonio la Rúa. At that time she defined herself as a “nomad without roots”. Your defenders hold on to this hypothesis, although it has been debunked by the tax investigators. There is not a single evidence that she spent a single day on the islands as of 2012. Her defense insisted that her client was in possession of a certificate of residence issued by the Bahamas, a country that does not pay income tax.

“What matters is not so much the place of residence in the Bahamas, but whether Shakira can be considered a tax resident in Spain,” says the defense report, which was written by two professors of finance and tax law. The real battle Shakira faces takes place elsewhere: on the timeline. The singer tries to challenge the number of days she lived in Spain.

It is true that the tax office could not produce any “direct evidence” that she lived in Spain for the 183 days to be considered a resident. Such evidence can include receipts for purchases, social media posts, and credit card use. However, the agency has indirect evidence and regards their tours and concerts as “sporadic absences” as they returned to Spain after their work was done.

The law professors who prepared the report argue that these sporadic absences are only relevant to a taxpayer previously determined to be resident in Spain. “During these years there were sporadic presences in Spain and never last,” says the document, even if the singer was considered a “financial traveler”. One of the experts commissioned by Shakira appeared in court at the same time as one of the tax inspectors, who succeeded in refuting all the arguments of the former.

For Shakira, the problem is that there is nothing she can prove that she was in the Bahamas, not even a plane ticket

The defense tries to play all of their chips. The lawyers have insisted that criminal proceedings are “not the place” to resolve these differences with the tax office, as residence regulations in Spain are “open, confusing and vague”. The fight lasts days, but also hours. The report demands that the court not include events in which Shakira spent only a few hours on Spanish territory as full days. But the tax inspector has also refuted this argument, arguing that full days should be taken into account in both Spain and the Bahamas. The problem for Shakira is that she has nothing to prove that she was in the Bahamas during those years, not even a plane ticket, and as such there is no other country to which these absences can be traced.

The judge overseeing the case in Esplugues de Llobregat (Barcelona) has to decide whether to bring it to justice. Shakira, who has already repaid the amount she allegedly evaded, could testify publicly in court and even face jail terms – prosecutors accuse her of six tax offenses related to non-payment of IRPF and property taxes for these three years.

Another avenue the singer could explore is a deal with prosecutors under which she could accept the deeds of the case and pay the appropriate fine in exchange for a greatly reduced penalty.

For now, the fight continues. In a press release, their representatives insisted that the process was still in the “pre-litigation” phase and expressed their willingness to work together to resolve what they consider to be mere “criteria difference”.

The federal government can reduce excise taxes on gasoline and diesel...