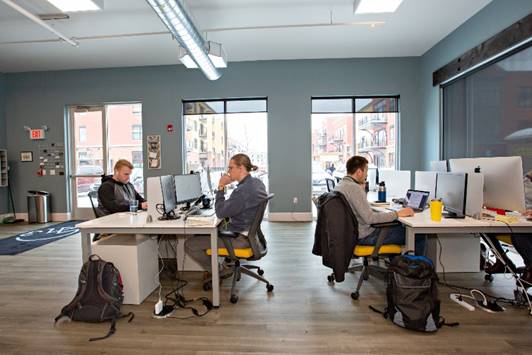 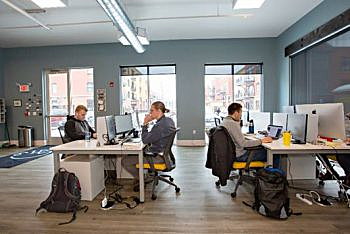 HELENA – Governor Greg Gianforte’s government renews what its officials have described as an attempt to modernize Montana’s corporate tax law to better reflect the economy of the 21st century state, and supports a new, less ambitious bill after a previous measure ins Industry opposition has stalled.

The apparent demise of the previous corporate tax law, Senate Law 181, represents a rare defeat for the governor’s tax agenda, which has raked its way through the Republican-controlled legislature this year despite opposition from the minority Democrats.

While the new bill, Senate Bill 376, is likely moving forward after failing to appeal in its first hearing on Tuesday, it compromises on one of the main selling points of the earlier bill: higher corporate tax rallies to get payment for other proposed tax cuts support from the governor.

The Montana Treasury Department had estimated that SB 181 would increase government revenue by about $ 15 million a year, enough to cut by about half of Gianforte’s original proposal to lower the tax rate for higher earners with the stated aim of boosting the economy Balance economy. The department expects the new proposal for SB 376 to generate additional revenue of $ 3.3 million annually for the Treasury.

At the heart of corporate tax reform is that portion of Montana tax law that determines what portion of the income of a multi-state company is considered government revenue and is therefore subject to Montana corporate income tax.

With the support of the governor, Brendan Beatty, director of the Montana Treasury, has spoken out in favor of converting the state to a “single factor model” where this calculation is based solely on the state’s share of revenue.

In theory, this would allow the state to levy more corporate taxes on digital retailers selling to Montana without maintaining a workforce or building in the state. This would also reduce the tax burden on Montana-based manufacturing companies who primarily sell to customers outside of the state, as their Montana manufacturing facilities or payroll would no longer be included in their corporate income tax statement.

Beatty and other Gianforte officials said moving to a single factor model, which has been adopted by most other states, is a way to modernize Montana’s tax laws for an increasingly digital economy. They also say it will help Montana-based manufacturing companies draw money into the state and generally offer high-paying jobs.

However, SB 181, the first step by the Gianforte government in implementing the corporate tax reform through the legislature, encountered opposition from several large industry groups at its first hearing before the Senate’s tax committee in early February. It has since weakened in committee without a vote.

A BNSF Railway lobbyist Matt Jones testified at the hearing that SB 181 would add $ 9 million a year to the company’s tax burden. Industry associations representing grain growers and coal producers also stood in opposition, saying they would expect higher taxes on the railroad would result in higher freight rates for their members who rely on shipping to market their products bring to.

“Our business has not changed, but the rules are under our feet,” said Jones.

The bill has also been rejected by major telecommunications companies such as AT&T, Charter Communications and Verizon Wireless, as well as the Montana Taxpayers Association.

Under current law, railways, telecommunications companies and some other industries have special administrative regulations that optimize some aspects of the calculation of their taxes according to the three-factor system. The opponents of SB 181 noted that it is not clear how a switch to the single factor approach would affect these provisions.

Senator Greg Hertz, R-Polson, the sponsor of both bills, admitted initial efforts stalled when he presented the new reform bill to the Senate Tax Committee on Tuesday.

“When we went through the previous single sales factor bill, there were a number of taxpayers who were inadvertently affected, Montana taxpayers, so this didn’t seem to work for us,” Hertz said.

At the February hearing for SB 181, Beatty admitted the bill would inevitably produce winners and losers, but maintained his forward-looking policy – stressing that his additional revenue was an integral part of the governor’s overall budget package.

“We really need this to cover other tax cuts and continue to contribute to our economic growth,” said Beatty.

Gianforte’s spokeswoman Brooke Stroyke didn’t answer questions Wednesday whether the governor needs to cut other tax cut proposals due to the reduced bill. She said in a message that his office was “considering options.”

Hertz’s new bill, which is also supported by the Gianforte administration, is a compromise that moves what Hertz calls “baby steps” towards a single factor system. Instead of changing Montana’s corporate income formula to a purely sales approach, the bill would instead adjust the law to double weight sales volume relative to property and payroll.

Finance thinks this is a step in the right direction, Beatty said.

The new law was also approved by the Montana Taxpayers Association and the Montana Chamber of Commerce. At Tuesday’s hearing, no one spoke out against the new bill.

“I think we will check that again in the next legislative period,” he said.