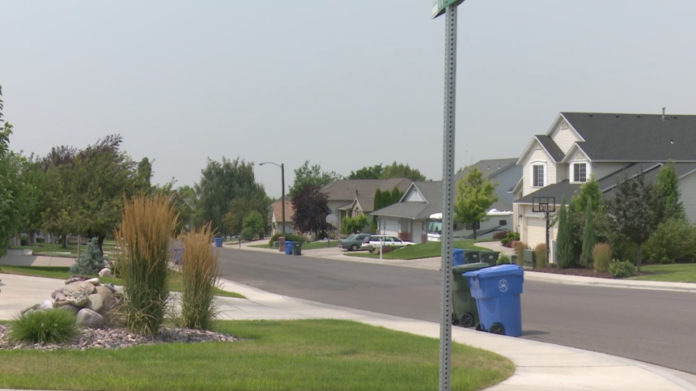 POCATELLO, Idaho (KIFI) – A new property tax law aimed at easing the burden on homeowners is causing city officials to sound the alarm.

Legislators pledged to address the state’s growing real estate tax burden during the 2021 session. But it wasn’t until the last week of the longest legislative term in the state’s history that House Bill 389 was introduced.

Bill author, Rep. Mike Moyle, R-Star, insists the new bill will slow the rise in property taxes that have been burdening Idaho homeowners for years. But the mayor of Pocatello, Brian Blad, isn’t buying it.

“Property tax is such a complicated subject that this is just one more reason why it should never be enforced within 48 hours (the legislature),” said Blad.

The new law increases homeowners’ exemption from $ 100,000 to $ 125,000, which can save some homeowners a few hundred dollars a year, according to calculations by the Idaho Statesman. But Blad said the exemption would be higher if lawmakers left things alone.

Back in 2016, lawmakers stopped indexing – which meant the exemption went up or down based on property values ​​- and limited the exemption to $ 100,000.

But Rep. Dustin Manwaring, R-Pocatello, who voted for the new law, said homeowner exemptions are not the panacea for our property tax problem.

“I’m usually not a fan of (thinking) that this is the silver bullet solution because when you increase the homeowner’s exemption, you switch who pays for it. Agriculture and commercial real estate pay more than residential real estate, ”said Manwaring.

The new law also adjusts qualifications for the Idaho Tax Reduction Program, also known as the breaker tax break. Seniors, widows, and people with disabilities who earn $ 31,900 or less per year now receive a tax break of $ 1,500 versus $ 1,320.

But now the new law excludes those whose home value exceeds 125% of the median for all homes in the county that receive the homeowner’s exemption. The new adjustment is expected to remove 15% of qualified homeowners from the circuit breaker program.

“If you have a limited income and you own your home completely and the value of your home increases enough, you will no longer be eligible for a breaker (tax cut) even though your income has not increased,” said Blad.

In an emphasis on conservative spending, the new law limits local government agencies’ budgets, but Blad fears this will limit new growth.

“If you close them, we have promised taxpayers that we can reduce the tax burden on them. If we close it now, we can only cut the tax burden by 80%, not 100%, ”said Blad.

Some cities fear the 10% and 20% funding gaps will weigh on the services that current homeowners are paying for. Caldwell has put a moratorium on new residential development to give the city time to figure out how new growth will fund city services for future residents, according to the Idaho statesman’s report.

“The new building is currently not paying off. Growth doesn’t pay for growth. Growth pays for 90% of the growth and the other 10% comes from current taxpayers, ”said Blad.

Blad expects the new law to affect medium and small towns like Blackfoot, Chubbuck and Burley. He said he wasn’t sure our regional lawmakers knew what they put in the law.

Manwaring said he knew this law would need to be amended in the next session, but the legislature had to pass something in that session.

“It is an imperfect law, there is much to like and much to hate in this calculation. And that was known when I voted for the bill, ”said Manwaring.

Manwaring recently met with district officials to learn how the law will affect their ability to govern. He said there were plans to meet the interim commission again to investigate how best to address Idaho’s complicated property tax problem.

Read this Idaho Statesman story to learn more about how the new property tax law will affect cities in Idaho.

The IRS’s proper to tax the mined digital foreign money as...