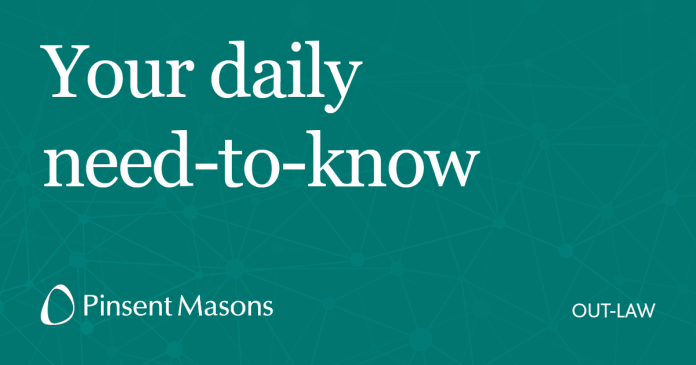 The UK has so far opted not to introduce a carbon tax, but instead opted for a carbon floor, made up of a carbon price support tax that is only imposed on the UK energy sector and the EU Emissions Trading Scheme (ETS ) to contribute. The UK will leave the EU ETS in late 2020 and the government has confirmed it Energy White Paper on December 14th that Britain will adopt its own ETS. However, a consultation was announced in the 2020 budget to start later this year on designing a “carbon tax” as an “alternative” to the UK ETS – and as a “fallback” given the “inherent uncertainty” of whether even if it were desirable , it could be agreed to link the UK and EU systems together.

The clear advantage of a carbon tax is that it is levied at source, either on fossil fuel extraction or importation. It is therefore easier to impose as it is collected before the carbon is burned and emissions are fragmented into industrial and other supply chains where taxing and managing the taxation of carbon or emissions becomes more difficult. However, the main disadvantage of a carbon tax and an ETS is that costs are lost very quickly within these supply chains. End users may lack transparency about how taxes are levied on their individual carbon footprint and how they can make more environmentally friendly decisions in the future.

For many years, environmental taxation has been on the margins of domestic tax policy and targets certain issues such as the climate protection levy and the passenger tax. As an indirect form of taxation, environmental taxes are payable on the basis of consumption. Environmental tax increases can be viewed as regressive, especially when alternatives to avoid or reduce the tax burden are unavailable or expensive. Tax policy has focused more on social and economic impacts than on climate change. For example, the VAT code treats food, energy and transport as “essential goods” that cannot be subject to excessive taxes.

In many cases, these tax breaks do not make any distinction between goods and services based on their environmental impact. Even if tax breaks appear to be green in nature, their application with arbitrary limits can be arbitrary.

This can be seen in a recent case regarding the VAT treatment of insulated roofing sheets supplied to domestic customers which, in the view of the taxpayer, fall under the provisions for reduced ratings for the installation of energy saving materials. The taxpayer lost. Although a roof installation solution was offered that would reduce household fuel consumption and thus benefit the environment, the narrow wording of the regulations meant that the panels were outside of preferential VAT treatment.

If there had been a real stance on climate change taxation policies across the government, one answer to the case could have been to change the law, perhaps even afterwards.

Perhaps a legal basis should be given to the need to meet the 2050 target so that tax rules can be interpreted or enabled to take account of developments in carbon efficiency without Parliament having to return for any change. At the very least, the new tax legislation needs to have an overarching policy test to ensure that the net zero target is kept in mind.

There are many areas of VAT policy where the climate just doesn’t matter. For example, using the reduced VAT rate on domestic fuel or electricity, even if it comes from fossil fuels, and zeroing in on “non-luxury” food, regardless of whether it was locally sourced or flown worldwide.

The end of the Brexit transition period on December 31, 2020 means that the UK will have autonomy on VAT and the ability to incorporate green initiatives into the future structure of our VAT system. For example, the UK could only allow reduced VAT to be applied when domestic fuel is from renewable sources, or remove the zero rating for transport that does not involve an environmentally friendly method.

In addition, the tax system could seek to change consumer tastes to make them more environmentally friendly. The VAT rate could be adjusted according to a regulatory traffic light system that shows the environmental impact of a product such as energy efficiency in white consumer products. A similar approach could be followed in other consumer areas, such as food. There is a risk that the introduction of higher taxes based on airline miles on food under trade agreements will be viewed as anti-competitive. However, it is not currently clear whether climate is even considered a factor in trade negotiations.

Perhaps the biggest challenge to reform is that the most climate-friendly option in terms of VAT and consumption taxes can have a significant social and economic impact on poorer households. Changes in excise tax may need to be offset by reasonable offset spending in other areas of government policy, such as: B. through benefits, grants or other tax breaks.

The other side of the coin in reducing emissions-intensive activities is promoting new low-carbon methods to support innovation through R&D credits for creating new clean technologies. However, this has limited impact if businesses are not encouraged to buy. The extended capital relief for energy-efficient or environmentally friendly technologies and products has been abolished since April 2020, so that companies have fewer incentives to opt for environmentally friendly plant and machine options.

The government has announced that the “savings” from removing these facilities will be used to finance the Industrial Energy Transformation Fund to help develop technologies that will enable high-energy companies to move into a low-carbon future. This underscores a critical question: can a system of grants promote innovation better than a system of tax breaks or tax credits payable? Or do we need a combination of both?

The Chartered Institute of Taxation (CIOT) recently set up a Working Group on Climate Change – a cross-cutting committee that aims to advance the agenda on the role of taxation in reducing emissions. Some key ideas from the first meeting in September 2020 are:

It is clear that action must be taken now if the country is to meet its legal obligations. We need to create a framework in which the importance of tackling climate change stands alongside other important priorities in our already complex tax system

This is based on an article by Jason Collins and Lauren Redhead, tax experts at Pinsent Masons, the law firm behind Out-Law, published in Tax Adviser in December 2020. Jason chairs the CIOT Working Group on Climate Change and Lauren is a member of the group.

Authorities cuts to the Native Authorities Distributive Fund are disguised will...