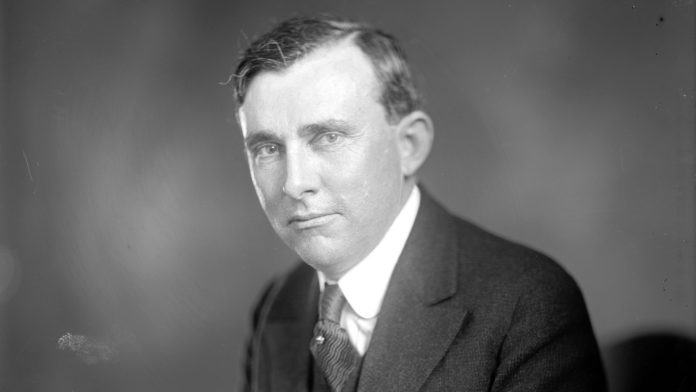 Most states have a general fund budget. We are only one of five states that have two.

Some of you have asked why we have two budgets – one for the General Fund and one for Education. Here’s why.

Education in Alabama was pathetically underfunded during and after the Great Depression, and that’s really generous, to say, underfunded. Our schools resembled a third world country. We had two separate systems, one for white students and one for black students. Many rural schools were one-room huts like the 19th century people, like blab schools, no air conditioning, wood stoves for heating.

There were no buses to transport the children, so they went to school really barefoot, many kilometers back and forth. That was for the white schools. You can only imagine the poor education black children were given. Often teachers weren’t even paid. They were given script notes in hopes of getting paid in the future.

We had a governor named Bibb Graves who was committed to making education a priority in Alabama. He and the legislature created the special education trust fund budget. You have earmarked two tax revenues for the new education budget. Education should be recipients of state sales tax and state income tax, a new tax system idea just created by the federal government.

Little did Governor Bibb Graves know that these two sources of income would be the largest source of income for the state today. This small budget of the Special Education Fund now dwarfs the General Fund by more than two to one.

Advertising. Scroll to read on.

He could very well be Alabama’s greatest governor. In fact, he was our only two-term governor between 1901 and 1954. Alabama law did not allow the governors to obey themselves. Therefore, they would have to wait four years to run again. Graves was governor from 1927 to 1931 and from 1935 to 1939.

The only other two-term governor in the era without a successor was James E. “Big Jim” Folsom. He also had an indelible legacy. Many of the state’s highways were dirty and impassable when it rained. Most of the people in the state made a living from agriculture. When the streets were washed out, they could not bring their crops to market, ruining their years of labor. Big Jim knew the plight of these peasants, he was the great friend of the little man and the country man. Big Jim has paved almost every country road in the state with his legendary Farm-to-Market Road program. Ole Big Jim has a legacy as governor.

His son Jim Folsom Jr. has a governor legacy. Despite only two years as governor, he brought Mercedes to Alabama. The German company now builds more luxury cars at its plant in Vance-Tuscaloosa than anywhere in the world. This first Mercedes coupe from Folsom was the impetus for Hyundai, Honda and now Toyota-Mazda, which made Alabama the home of automotive engineering.

With these facilities come major spin-off accessory factories. We are now the second largest automotive state in America and we are on the verge of ousting Michigan and becoming number one in the next few years.

Advertising. Scroll to read on.

Some governors have left a legacy. Bibb Graves, “Big Jim” Folsom, and Jim Folsom, Jr. are three who made Alabama’s history. Bibb Graves has a legacy as the Education Governor of Alabama.

We meet next week.

Early voting kicks off with a trickle — Cuomo troopers interviewed...