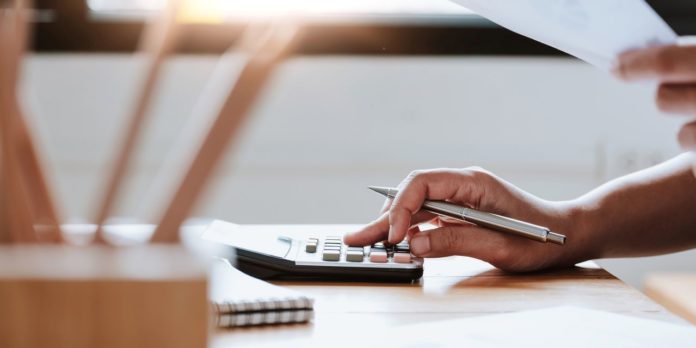 For many Americans, the biggest effort we put into the taxes we pay is making sure our tax returns are filed by April 15th. But especially in a year when a new President and Congress are considering major changes to the tax system, we all taxpayers must become more involved. The good news is that we can easily play a bigger role in shaping our tax system by learning to ask just three simple questions.

If we skip advocacy, it can lead to confusing tax regulations and inappropriate uses of our tax dollars. Consider some examples of what happens when regular taxpayers don’t ask the right questions. Imagine being lucky enough to be able to afford a luxury SUV. When you choose the $ 157,000 Bentley Bentayga Hybrid, receive a $ 7,500 tax credit. This is more than the maximum tax credit for low-income workers.

It’s also important to understand that major tax changes can feed into other laws. Last year’s Cares Act was enacted to help individuals and businesses suffering from the pandemic. Many taxpayers will recall that a key component was to provide payments of up to $ 1,200 to individuals plus $ 500 for a child under the age of 17. The IRS sent these payments to over 160 million people at an estimated cost of $ 292 billion. The Cares Act also contained provisions that far fewer people will remember. One of these was a delay in an earlier tax reform provision to limit the business losses of about 130,000 people. This change cost approximately $ 170 billion, or 58% of the cost of the payments, which benefited more than 160 million people.

How did this costly tax break for a small group of people, mostly high incomes, end up in a bill to help the broader population survive the pandemic and loss of income? Why wasn’t that $ 170 billion used to give an additional $ 1,060 to each of the 160 million+ people who really needed the help? One reason: We, the public, have not asked our elected officials the right questions.

I have spent decades studying and teaching tax law and tax policy. One thing I’ve learned is that the system can be complex, but there are simple questions we can all ask in an attempt to make it fairer and more understandable. Whenever lawyers suggest changes to federal, state, or local tax laws, ask them these basic questions.

Question No. 1: What reasons justify a change in the tax law?

We should expect the legislature to be able to articulate clearly why a tax change is needed. Elected officials often see the tax law as a means of solving most problems. Do you want to make college affordable? Increase tax credits. The question of why taxes might reveal that support is only available to those whose incomes are high enough to owe income taxes. Asking why a change is needed could lead lawmakers to consider more targeted support, such as increasing student grants over the existing Pell grant system, rather than relying solely on tax changes.

Question # 2: How does this change affect individuals in each income quintile as well as the top 1%, 0.1%, and 0.01%? How does a change that affects companies affect different types of companies; B. Companies versus sole proprietorships, labor and capital intensive companies, large versus small companies, and new versus established companies?

This data should be made publicly available before a tax proposal is formally discussed and discussed. As with the Cares Act, it will often turn out that minor-sounding changes can have big consequences for people on different ends of the economic spectrum.

Question # 3: As an elected official, can you make the necessary calculations, record and explain to others to accommodate this change?

This question is probably the best way to simplify our tax systems and avoid further complexities. If the rule change requires an explanation from a tax professional, it is safe to say that it is unlikely to be addressed to taxpayers in the slightest way.

Pushing lawmakers to answer these three questions could even lower tax rates. After all, the result of the numerous special deductions, exemptions, and credits is a lower tax base that requires higher tax rates to generate the same amount of tax revenue.

I cannot guarantee that asking these questions will make the tax system simpler or fairer. But it’s certainly true that it didn’t help create today’s tax system where people with the resources to buy a top-end car can get a huge tax break. With the start of a new Congress and administration, state legislative sessions and worsening budgetary problems, this is a crucial time for all of us to put questions to lawmakers.

Annette Nellen is an auditor and lawyer. She is Professor of Accounting and Taxes at San José State University and a fellow of the OpEd project. She runs the 21st Century Taxation Blog.