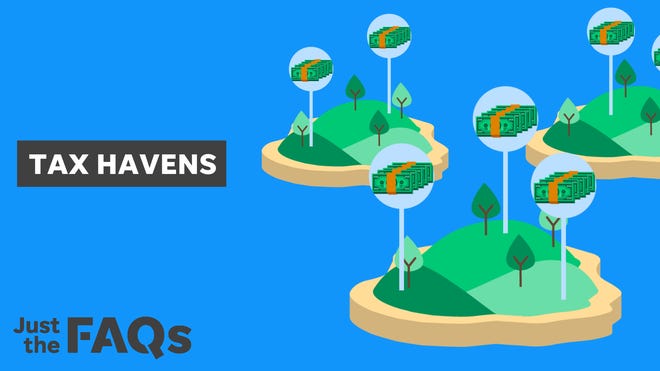 Since our earliest ancestors first left caves to live in organized societies, governments have been collecting taxes. The pharaohs needed the stone to build pyramids, while today spreadsheets set the tax plans.

Oliver Wendell Holmes reminded us that paying taxes “buys civilization”. If we want a modern society, we cannot avoid taxes; but we can change the current unfair tax system.

More moving mountains:Would you give up your free time to do volunteer work?

A recent report showed that the 25 richest people in the US were paying at a true tax rate of just 3.4%. For example, Amazon owner Jeff Bezos paid a measly 1.1% tax rate on his growing $ 196 billion wealth. Meanwhile, ordinary Joes suffer from rates that double and triple the Bezos rate.

Tax inequality fuels constant grumbling, but it also harbors serious dangers. Revolutions broke out over the centuries as high taxes on the common people fueled resentments against the rich who lived on the pig. Bad taxation policies have destroyed empires, including the UK of King George III, who failed to grasp the colonists’ resentments about tax equality.

The US faces similar dismay today. Although we need to rebuild our infrastructure, our taxation is based on a system where the richest people have the lowest tax rates.

How long can our republic remain competitive if the elites avoid paying their fair share?

Three solutions to this imbalanced taxation are making headlines today. “The law-and-order solution” is based on the conservative principle that the law should be enforced for everyone. The president’s proposal is to double the size of the IRS and gradually add 87,000 new workers to help find and punish tax evaders.

This finishes cutting off corners that have limited the IRS’s ability to enforce existing laws. For example, in the last full year under the previous president alone, uncollected taxes ranged from $ 554 billion to $ 1 trillion. The law-and-order solution could cover most of the costs of rebuilding our infrastructure without tax increases.

Unfortunately, income taxation alone would not affect the super-rich. Essentially, these moguls write contracts that pay off in stocks rather than taking a regular salary. Then they feed their extravagant lifestyle by pulling millions out of their services as a form of “loan”. Since most of their income becomes “non-income”, they escape tax liability.

We need “The Innovative Solution”, a wealth tax. It torpedoes the ruse of the super-rich to evade income taxes.

The wealth tax levies on wealth, similar to a wealth tax. The United States already uses a wealth tax, but only when settling an estate. Switzerland levies the world’s largest wealth tax for citizens without any harmful effects on its economy.

Additionally, in Washington, the proposal would only affect people with assets worth $ 50,000,000 or more. The super-rich would pay two pfennigs for every dollar of their wealth, and three cents if they were billionaires.

Only 75,000 people, or one percent of one percent (0.1%) of the population, would be affected. Together they wouldn’t fill the Pocono Raceway.

However, they currently hold nearly a third of all assets in America. Two University of California economists say the proposed wealth tax would raise around $ 2.75 trillion in 10 years without taxing the American middle class. However, it eventually forces 75,000 people to pay their fair share.

The “Think Big Solution” is the third option that was just adopted at the G7 meeting in 2021 as a minimum global tax of 15% for offshore banks. Since these accommodations do not tax foreign deposits, businesses claim their headquarters in these enclaves to avoid taxes on their home countries. By generalizing the tax, the US and its allies are reducing the incentive to transfer money from any country. Corporations and drug lords will not be able to hide from the real taxes we need here.

Any of these solutions would help fund national improvements. Employing all three would mean a transformation in taxation.

Anthony M. Stevens-Arroyo received his PhD in Catholic Theology from Fordham University and wrote a column on religion for the Washington Post from 2008 to 2012. He is also Professor Emeritus of Puerto Rican and Latino Studies at Brooklyn College and Distinguished Scholar at the City University of New York. He is a member of several community boards in the Poconos, including FLECHA, the Federation of Latinos / as for Education about the Cultures of Hispanic America.