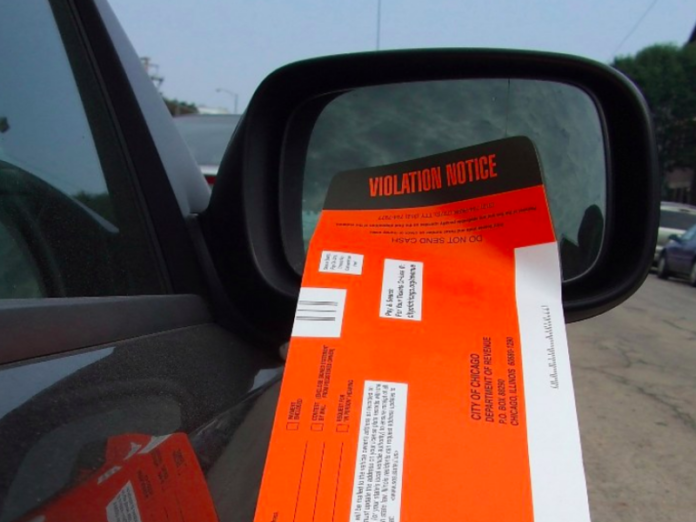 Consider the current situation: More than a decade of economic volatility has led to budget shortfalls for governments at every level. Politicians are reluctant to hike taxes, and there are few other options for raising revenue. Many local governments have turned to fines to fill their coffers. Fines are convenient and politically expedient, as elected officials can say that the budget will be balanced not by taxpayers as a whole but on the backs of people who break the law. If you don’t want to pay more, all you have to do is follow the rules.

Chicago mayor Lori Lightfoot is using this playbook. Until recently, anyone caught on camera driving 10 mph over the speed limit was fined $35 and up. But the city will soon also ticket drivers who are 6–9 mph over the limit. This plan is reminiscent of one from 2012, when then mayor Rahm Emanuel attempted to raise $16 million by hiking the fine for not having a vehicle sticker from $120 to $200.

This phenomenon goes beyond Chicago, as other cities across the U.S., facing shrinking tax bases, are also relying on fines to balance their budgets. A 2019 investigation by Governing magazine finds that while the vast majority of local US governments earned less than 5 percent of their general fund revenue from fines, nearly 600 local jurisdictions collected more than 10 percent that way, and 284 governments collected more than 20 percent. (I believe these are conservative estimates since some municipalities put money in places difficult to track, and the report doesn’t include locales that collect less than $100,000 per year in fines.)

But if Chicago’s experience is any indication, plans to raise money this way won’t garner as much as expected—and will bury some of the poorest people in debt. As of 2018, Chicago drivers have racked up more than $275 million in unpaid fines for city-sticker violations since 2012, far more than the initial revenue goal, and it’s causing many of them financial ruin. According to ProPublica, 1,000 Chicago residents who claimed chapter 13 bankruptcy protection in 2007 included unpaid city tickets in their debt. By 2017, however, 10,000 people filing chapter 13 listed city fines among their unpayable debt. The amount they owed jumped from $1,000 to $3,900.

Charging everyone the same fine is regressive. Fines, plus related fees and costs, can devastate someone who is financially struggling. Dartmouth’s Steven Mello finds that for people in Florida’s poorest quartile, a $175 traffic ticket causes a degree of financial distress similar to that caused by a significant earnings decline. A ticket often comes with processing fees and administrative costs, plus failure to pay on time can lead to a bigger fine. Someone unable to pay $175 on time could find herself thousands of dollars in debt within just a few months. The Conference of State Court Administrators (COSCA) reports that 10 million Americans owe more than $50 billion to the criminal justice system.

Mello linked data on traffic tickets issued in Florida between 2011 and 2015 to recipients’ monthly credit reports and payroll records from a large set of employers. In the year after a traffic stop, he finds, poor drivers experienced a one percentage point drop in the probability of having any payroll earnings, which suggests an increased likelihood of unemployment or a job change. Did some of those people have their licenses suspended because they were unable to pay the traffic ticket? More than 7 million Americans may have lost their licenses due to unpaid court or administrative debt, according to a 2018 Washington Post estimate.

Without the ability to drive, many people can’t work. In New Jersey, according to COSCA, 42 percent of people whose licenses were suspended lost their jobs because of the suspensions, and 45 percent of those regained employment only when they regained driving privileges.

Needless to say, when a person can’t drive or work, it becomes less likely that a city will be able to collect a fine. The unintended consequence of disproportionate delinquencies among the poor exacerbates preexisting symptoms of poverty—and fails to generate revenues for the city. Without measures that account for an individual’s ability to pay, those with the lowest incomes will be the most prone to continue accumulating debt and penalties and paying higher fines. I recently reviewed 2018–19 data from the City of Chicago on individuals with delinquent traffic fines that had been assigned to a collection agency. Ninety percent of these fines were concentrated in 20 zip codes populated predominantly by Black Americans and Hispanics.

And there’s one more problem with uniform fines: they may not deter many people from the behavior at issue. A $175 ticket is unlikely to have stopped Switzerland’s joyrider. For wealthy people, a six-figure fine might be required to deter behavior, whereas $175 readily deters someone in poverty.

There is another option, however, a win-win strategy that would help cities collect more while keeping the poorest from suffering the financial consequences of the current system. The answer is personalized fines, setting the prices for individuals on the basis of their ability to pay. Personalized fines can be low enough for people to pay them but high enough to become deterrents even for more affluent citizens. This is how some fines are already set in Switzerland, as well as in Finland, which in 2002 issued its own then-record-breaking 116,000 euro (US$103,000) speeding ticket. These countries are more likely to collect on their tickets because they realize that an individual’s propensity to pay a fine, just like the demand for goods and services, is elastic.

This uniform-pricing strategy knowingly excludes some potential consumers who might like to purchase the company’s product, but not at the current price. The same is true with one-size-fits-all fines. There are many people who want to pay the fine, but they simply can’t afford it.

A company that instead sets prices on the basis of what a customer is willing to pay can make far more money. Movie theaters have for decades been charging lower prices to children and seniors. Similarly, most B2B companies that use a sales force authorize their sales reps to negotiate discounts off the regular prices. Even many public mass transit services, such as city buses, adopted such segmented pricing long ago by offering student and senior fares. A similar tactic is used in places such as Chicago, where people demonstrating financial distress can meet with a city representative to obtain payment plans and waivers on portions of late fees. San Francisco recently implemented waivers of up to 80 percent of the original fine amount. However, these systems do not scale and are prone to human error.

The advent of data and artificial intelligence enables us to implement scalable solutions that optimize the manner in which we target differential prices. I proved this concept with my Booth colleague Sanjog Misra. We ran experiments with ZipRecruiter, a company that charges a monthly fee to simplify and accelerate the process of finding and screening qualified job candidates. ZipRecruiter had been doing well charging a uniform price to all its clients, but we thought it might be able to serve more clients if it offered them different prices.

For one month, when new clients signed up for ZipRecruiter, we charged random amounts between $19 and $399. We collected data on the companies that accepted and rejected the offers. Then we used these data to build an algorithm that would determine the price a company would be willing to pay. In a second experiment that tested the optimized personalized prices, revenues increased 84 percent from the baseline. (For more, read the Spring 2018 feature “Are you ready for personalized pricing?”)

Fine payments, too, are elastic in the sense that individuals have some discretion over their choice of whether or not to pay. If a fine is affordable, it’s likely that a person will pay it, either out of a sense of duty or to avoid penalties. Since few people budget for traffic tickets, that money has to come from disposable income. Wealthier scofflaws won’t have much trouble coming up with a few hundred dollars to pay off a ticket, but less affluent offenders may already be struggling to pay for basic necessities, let alone a fine. The person receiving a city-sticker fine might not have had the money for the renewal sticker initially, much less for the fine. And nearly 40 percent of Americans have said they couldn’t come up with $400 in case of an emergency, according to a 2018 Federal Reserve report.

The choice for many at this point is to borrow the money needed at a high interest rate or to take it from other budget items. It’s a choice between paying the fine or paying rent, the water bill, and the grocery tab. It has become abundantly clear that people in this position choose to house, clothe, and feed themselves and their families.

A flat fine is even more regressive than a flat income-tax rate. In Illinois, all residents are expected to pay the state 4.95 percent of earnings no matter their income. A $200 ticket represents 0.13 percent of the income of a person making $150,000 per year, but it’s more than 10 times the financial burden for an individual at the federal poverty level. Nearly one in five Chicagoans live at or below the poverty level.

The major difference between products and fine payments in terms of the elasticity of demand is the ramifications. If a new blender costs more than you’re willing to spend, don’t buy one. An unpaid fine, however, leads to more costs.

If a fine were based on the ability to pay it, both the person fined and the city would benefit. If an offender who cannot afford $200 can come up with $50, the amount remains a deterrent, the person ticketed isn’t saddled with insurmountable debt, and the city collects money.

I’m hoping to test the personalized-fine theory soon by working with a company, SERVUS, that uses artificial intelligence to create payment options for individuals. Its goal is to help collect as much as possible for a city, health-care facility, or utility while keeping payments manageable. It may be illegal in some states to charge a personalized fine on each ticket, but a city can forgive a portion due, which would be equivalent to personalizing for people with financial difficulties.

SERVUS currently uses ability to pay as a basis for determining a person’s obligation, but the system could benefit from more data. Together with SERVUS, if we were to get the go-ahead from a city to conduct research, we would randomize fine amounts for people unable to pay. We would test how much a person who demonstrates financial distress would be able to pay. This information would be used to inform an algorithm that could then offer data-driven relief to individuals who get fines that are above their means to pay.

This represents an incredible opportunity. After implementing fine forgiveness, San Francisco saw an almost immediate increase in fine revenues. ZipRecruiter found that it could nearly double its profits if it were to adopt such a personalized model for its business. (It didn’t end up doing so for a variety of reasons, including a shift in its product offerings and a change in its competitive landscape.)

SERVUS has a relationship with a company that Chicago uses to collect fines. Considering that the City of Chicago collected $272 million from parking and automated camera tickets in 2018, a sizable bump in fine collection would go a long way toward closing its budget gap. Even if Chicago decided not to adopt personalized fines or fine forgiveness for whatever reason, the proposed research could help determine an optimal fine rate to maximize the amount collected—or perhaps two optimal rates, which would allow the city to use a different rate for citizens who can demonstrate financial need.

Jean-Pierre Dubé is the Sigmund E. Edelstone Professor of Marketing and a Charles E. Merrill Faculty Scholar at th University of Chicago. This piece originally appeared in Chicago Booth Review.