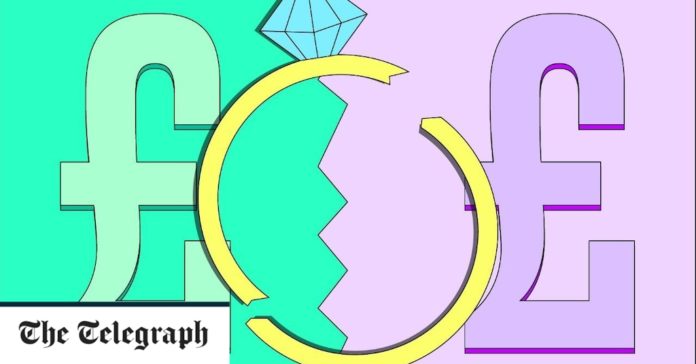 In another case, a husband hoped to reduce the severance payment paid to his ex-wife by asking the judge to take into account the amount spent on handbags during their relationship. His petition was unsuccessful.

Added to this have been the rising prices of these luxury items in recent years. Hermès handbags have risen 17 percent in value in the past year and lead the Luxury Investment Index of real estate broker Knight Frank. According to the report, handbags bought as an investment have appreciated 108 percent in value over the past decade.

Knight Frank said the appetite for “relatively affordable pick-me-ups” during the pandemic contributed to soaring prices over the past year.

Sellier Knightsbridge, which sells luxury goods, said the premiums on the resale value of investment grade handbags have been substantial. For many, they are an investment that can be quickly realized if necessary for life events such as a divorce.

However, the courts have not positively assessed couples arguing over valuable items, Ms. Fernandes said.

“They don’t really want to deal with personal effects and pets, and judges ideally want couples to do this outside of their jurisdiction and not waste court time.

“Courts seldom take requests to consider each spouse’s property when considering the details of a divorce settlement,” she said.

Over the past year, the Justice Department has seen an increase in the use of private courts to resolve family disputes as couples attempted to circumvent enormous delays in the public legal system.

Couples using services such as the Institute of Family Law Arbitrators can hire a private judge of their choice to resolve divorce.

As the first of its kind, the MoJ began providing tax-free coupons for separating couples earlier this year to deter lengthy legal proceedings.

It has allocated up to £ 1m to provide 2,000 couples with £ 500 worth of vouchers to pay for mediation and avoid painful legal proceedings.

It is hoped that custody arrangements will be made outside the courtroom as part of the system, but also decisions about assets and money.