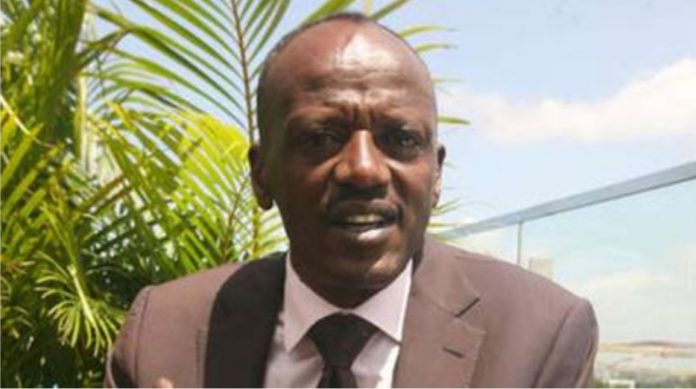 Former Chairman of the Betting Control and Licensing Committee (BCLB) Kung’u Kimani
Together with other sports players, has spoken out against the proposed reintroduction of 20 percent excise tax on betting companies in the 2021/22 budget and has declared that this will put a strain on the local sports industry.

In his speech on Thursday in the parliament building during the reading of the draft budget 2021/22, Finance Minister Ukur Yatani recommended the reintroduction of the tax, which was abolished by President Uhuru Kenyatta in July 2020.

According to Kimani, the move to reintroduce excise tax, where KRA takes 20 KSh for every KSh 100 wagered, regardless of whether the player wins or loses, is punitive, especially for the sports sector, which relies heavily on betting company funding.

“This is very unreasonable, firstly, it is not the government’s prerogative to ban betting. It will drive the industry underground and people might choose to go to international platforms that are open in our space, then lose them Government taxes, but they wouldn’t have done it. ” tamed what they consider a “monster” if that is the point.

“Our local teams like Gor Mahia and Kariobangi Sharks managed to play against Everton thanks to the betting companies. I mean, who would have thought our players would meet the great Wayne Rooney or their sweetheart Theo Walcott, ”he said.

In addition, he opposed profit caps. “For example, jackpot lottery winnings around the world are progressive in that, if not won within a certain amount of time, they keep increasing until someone is lucky.

“Kenya’s industry is compared to global practice, and that’s just how it works. If winnings are capped, the lottery business as practiced around the world will be ruined, ”added Kimani. added

While at BCLB, he formulated regulations and guidelines that required companies to run public awareness programs and advised all companies to ensure that at least five percent of their advertising space is used for messages promoting responsible gambling and the protection of minors and vulnerable members of society.

Local top clubs and arch-rivals Gor Mahia and AFC Leopards have already rejected the move and declared in a joint statement that it would be detrimental to the expected profits from partnerships with local football and betting companies.

The gaming company BetKing is currently sponsoring the top league and the One League division for five years with a sum of Sh1.2billon and Sh100 million respectively.

Betika is sponsoring the National Super League at 90 million shrimp for three years, while Betsafe signed a three-year deal with Gor and Leopards in 2020. As part of the partnership, Gor and Leopards receive Sh 55 million and Sh 40 million a year.

Betmoto, on the other hand, is shifting the base and priorities to supporting grassroots football to help uncover untapped potential inland.

Earlier this year, they pumped 2 million Kshs into the Kothbiro Soccer competition, which was on the verge of collapse following the departure of their previous partner Sportpesa due to a lack of sponsors.

Tell us what you think

The ABCs of Expatriation in These Chaotic Instances

Los Angeles Metropolis Council is looking for a tax on giant...