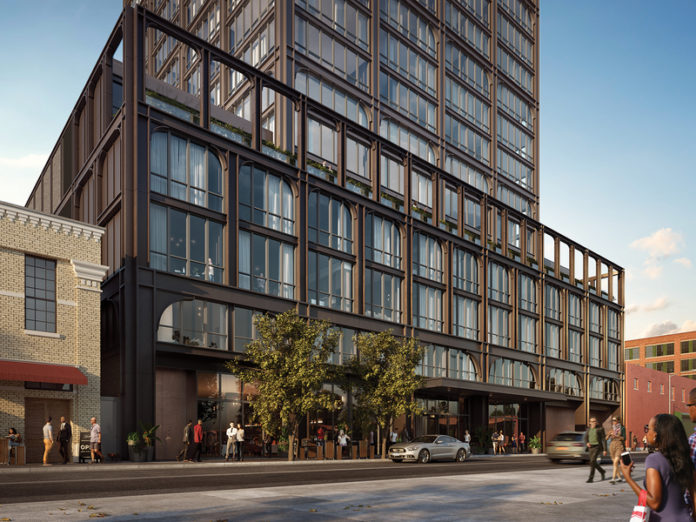 Housing associations grumbled when the city council passed a stricter regulation on affordable housing in April. They’re happier with the Illinois General Assembly that just gave them something they like: tax breaks.

On May 31, the last day of the spring legislature, state lawmakers passed a comprehensive housing law with property tax incentives for developers who are adding some units to their projects for low- to middle-income residents. A Chicago construction company, Related Midwest, is pushing for the groundbreaking ceremony this summer for a 43-story apartment tower in the Fulton Market District that could get tax breaks under the law.

Property developers, housing advocates, and lawmakers hope tax regulations will address a persistent shortage of affordable housing – about 120,000 units in Chicago at a census – and encourage construction in expensive neighborhoods like Fulton Market. Builders would get a reduction in their property tax returns and, consequently, lower taxes if they agreed to give a percentage of the units in their buildings to tenants who earn 60 percent or less of the median income in that area. In Chicago, that’s $ 55,920 for a family of four.

“Affordable housing is all about tools to bridge the gap between buildable and non-buildable – to get an affordable, buildable project,” said Curt Bailey, CEO of Related Midwest. “This is one of the tools people can use to fill that void.”

The omnibus legislation was passed unanimously in both houses, with the support of the real estate industry and tenants’ associations, frequent opponents of the law who often argue about topics such as rent controls and eviction laws.

“We could all get together and agree that this is a good solution,” said Michael Mini, executive vice president of the Chicagoland Apartment Association, a rental group.

But property developers and proponents of residential construction were also on opposite sides in the debate about Chicago’s Affordable Requirements Ordinance (ARO). The ordinance requires developers seeking a zoning change in the city to offer up to 20 percent of their units at prices or rents that are affordable for low- and middle-income residents.

In April, the city council strengthened the ARO, encouraging supporters who say they will increase the city’s supply of affordable housing in expensive neighborhoods and decrease segregation. However, many developers rejected the changes, saying they would do the opposite by reducing the financial feasibility of many projects.

Of course, developers prefer the carrot of tax incentives to the pole of the ARO. But Bailey, who says he supports the revamped ARO, says the two solutions will actually work hand in hand. The ARO makes a housing development less profitable by lowering the rents that the developer can charge for some units. But state legislation will ease that financial burden by lowering an important cost factor, property taxes.
As part of the ARO, developers are required to offer some affordable units within their projects, but can meet the regulation by providing the remainder in an off-site location and paying a fee to a municipal housing fund instead of building the units. The bill creates an incentive for developers to get all local units involved, says Bailey, an early and vocal supporter of the legislation.

In Fulton Market, Related plans to build 300 homes at 900 W. Randolph St. With a property tax break, the developer will include all 60 of its affordable units – 20 percent of the total – in the building, says Bailey.

The broader social goal: to expand housing options for lower-income families, including people of color, in more affluent neighborhoods with better schools, jobs and less crime. A groundbreaking 2015 study found that children’s financial success in later life is heavily dependent on the zip code in which they grew up. Housing policy can help families move to previously inaccessible postcodes.

Best known for its massive 78 development in the South Loop and other high-end residential projects, Related also runs a large affordable housing portfolio in the Midwest. The company is in the process of securing funding for its Fulton Market high-rise, which will cost approximately $ 200 million to build. It could apply for tax-exempt bond financing through the Illinois Housing Development Authority or simply take out a home loan from a private lender, says Bailey, who plans to break the ground this summer.

The state legislation works like this: Builders who construct or renovate buildings in expensive neighborhoods can reduce their property tax assessments by 30 years if they reserve 20 percent of their units as affordable.

The real estate appraisal used to effectively calculate taxes is initially frozen at the pre-development level so that the developer does not have to pay taxes on the tens or even hundreds of millions of dollars of additional real estate value created by the project. The valuation increases over time, with an 80 percent reduction in the property’s true value in the fourth year, a 60 percent reduction in the seventh year, and so on.

New York State offers similar incentives to developers through its 421-a program, which was launched in the early 1970s. Although the program has been popular with developers for decades, it has recently come under fire due to allegations of fraud and concerns that it is a developer handbook and is stealing tax revenue from New York City. Some state legislators want to abolish the program.

Bailey says Illinois law won’t burden local tax revenues. It will actually be a “net positive,” he says, because the tax breaks will fizzle out over time and the end result is a property that is worth a lot more than it was before development.

The Illinois bill also provides similar property tax benefits aimed at creating or maintaining affordable housing in cheaper neighborhoods. One who demands a set-aside of 35 percent is targeting apartment buildings in need of renovation in poorer neighborhoods. Another is targeting 15 percent set-aside for properties in up-and-coming neighborhoods where rising rents are forcing some residents to move out.

“The real story is in the thousands of units in existing buildings in our city,” said Stacie Young, director of Preservation Compact, a nonprofit that promotes affordable housing.

“We are sure that the proponents of the rental price cap will not leave this fight, but we think this is a much better solution,” says Mini.