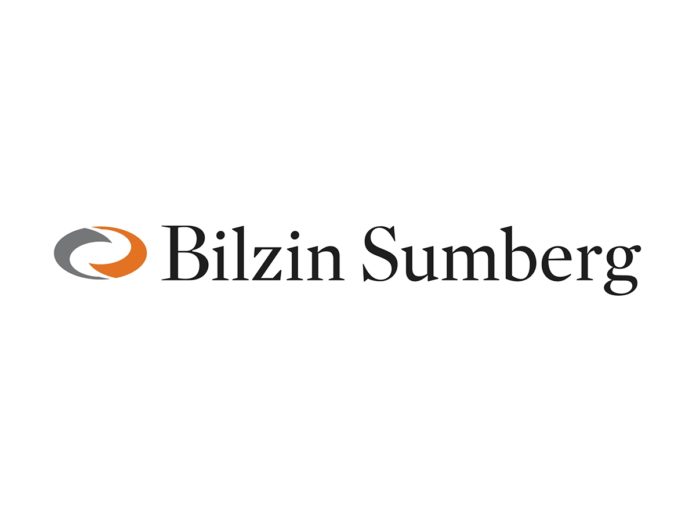 On May 28, the U.S. Treasury Department released its general explanation of the Biden Administration’s U.S. tax proposals. Commonly referred to as the “Green Book,” the explanation outlines the new U.S. tax proposals set forth under the Biden Administration and provides a greater level of detail than anything else made public thus far. This article does not attempt to provide a comprehensive summary of this year’s Green Book but rather highlights some of the key aspects that could affect international private clients. In a subsequent article, we will address the various U.S. tax proposals that could affect U.S. private clients.

On the other hand, what can be viewed as a dramatic change to the existing U.S. tax system is the current proposal changing how capital gains will be taxed. For those individual taxpayers with adjusted gross income under $1,000,000, the current preferential rates for long-term capital gains (a top rate of 20% for property held longer than one year) and qualified dividends remain in place (along with the additional 3.8% tax that applies to certain investment income). But for taxpayers with adjusted gross income in excess of $1,000,000, long-term capital gains and qualified dividends would now be taxed at the same rates as ordinary income. Under the current proposal, this change would be implemented on a retroactive basis to the “date of the announcement.”1

OBSERVATIONS: For many foreign clients who invest in U.S. real estate through a corporate holding structure, the increase in the U.S. federal corporate tax rate could be meaningful. In particular, in the event of a sale, the total tax burden (when taking into account Florida corporate tax as well) would now be above 30%. This result would need to be compared with using other non-corporate structures such as partnerships or trusts, which would be taxed using the individual rates, but would employ use of the $1,000,000 adjusted gross income threshold. With the prospect of capital gains being taxed the same as ordinary income for individuals above the $1,000,000 threshold, a corporate structure may still be more income tax efficient for a particular foreign client. As with any investment into the United States, a review of all of the relevant tax and non-tax goals is important when deciding on the most suitable structure.

Outside of gain from the sale of U.S. real estate, foreign clients are only subject to U.S. capital gains tax in limited circumstances (for example, if such gains are realized in the conduct of a U.S. trade or business). It appears that, at least for now, investment-related gains (e.g., from sales of publicly traded U.S. securities) will generally remain exempt from U.S. income tax in the case of a foreigner. Accordingly, while the rate increases look scary on paper, the ultimate impact on foreign clients may be benign. And while U.S. persons are also subject to an additional 3.8% tax on investment-related items, foreign individuals are not subject to this tax, and it appears that this will not change under the current proposal.

It is also worth noting that the Green Book does nothing to change the current U.S. tax treatment of loans qualifying for the “portfolio interest exemption,” under which foreign lenders can receive interest payments free of U.S. withholding tax provided the loan is properly structured by such foreign person into the United States. Similarly, the Green Book does not address the unanticipated changes caused by the 2017 Tax Cuts and Jobs Act relating to the application of certain attribution rules and the impact that these changes have had (and are continuing to have) on certain portfolio interest structures.2

Additionally, while it appeared that the “step up” in basis benefit that applies to appreciated assets inherited at death was going to be eliminated, the Green Book does not eliminate this treatment but rather confirms that the recipient’s basis in property received by reason of the decedent’s death would be the property’s fair market value at the decedent’s death. As discussed further below, however, there may now be U.S. federal income tax implications to consider for lifetime gifts and transfers at death.

OBSERVATIONS: For foreign individual clients who own, or are contemplating acquiring, U.S. situs assets, proper planning to protect against the imposition of U.S. federal gift and estate tax in the first place will remain of paramount importance. Additionally, for beneficiaries who inherit assets – particularly U.S. beneficiaries – it appears for now that they will still enjoy a basis step up for appreciated assets inherited from foreign individuals or their revocable trust structures. Accordingly, it will likely be the case that many of the typical structures implemented for foreign persons with U.S. beneficiaries will continue to be beneficial from a U.S. tax standpoint. As an example, many foreign individuals may own U.S. situs assets through a non-U.S. corporation (a “blocker”) that is owned by the individual’s revocable trust (that is classified as a foreign grantor trust for U.S. tax purposes). The same planning benefits and issues that existed prior to the release of the Green Book continue to remain unchanged even under the current proposals. Accordingly, U.S. beneficiaries should still be able to benefit from a step up in basis in the shares of the non-U.S. corporation on the death of the foreign settlor of the trust, but will still need to contend with the U.S. federal income tax issues associated with the non-U.S. corporation post-death.

Income Taxation of Gifts and Bequests: In what is one of the more controversial aspects of the proposed changes for private clients, the Green Book builds off a prior proposal3 that is expected to be highly debated before any actual law is passed. In its current form, transfers of appreciated property by gift or at death would now be taxable events, with the appreciation being subject to U.S. federal income tax at the time of the transfer. A collective $1,000,000 exclusion would apply to gifts and transfers at death, and transfers at death to charities and U.S. spouses would also generally be excluded from taxation. The Green Book does not specifically mention a similar exclusion in the case of gifts to spouses and charities, but this may have been an oversight. U.S. federal income tax owed on taxable transfers at death would be deductible against U.S. federal estate tax (here again, an analog for U.S. federal gift tax purposes is missing from the Green Book, but this may have been an oversight).

Changes to Trusts and Other Non-Corporate Vehicles: The Green Book proposes a number of unexpected changes to assets owned by non-corporate vehicles such as trusts and partnerships. For example, if property owned by such vehicle has not previously been subject to U.S. federal income tax within a 90 year testing period, such unrealized appreciation would be required to be recognized (with the earliest possible recognition date being as soon as December 31, 2030). Additionally, transfers into and out of these vehicles could also now be taxable events. For example, in the case of a trust other than a wholly-owned revocable grantor trust, transfers in-kind into and out of the trust would be taxable events. Even in the case of a revocable grantor trust, distributions from the trust to persons other than the deemed owner of the trust under the U.S. grantor trust rules or the deemed owner’s U.S. spouse would be taxable. Furthermore, all of the unrealized appreciation on assets owned by such a revocable trust, if not otherwise sold, would become taxable at the deemed owner’s death or at any other time (if sooner) when the trust becomes irrevocable (even if not includible in the owner’s gross estate and subject to U.S. federal estate tax).

As applied to partnerships, it is unclear how broad these rules are intended to apply, as the long-standing U.S. federal tax law for several decades has been that contributions to partnerships are generally not taxable.

All of the foregoing proposed transactions would appear to get the benefit of the $1,000,000 exclusion.

OBSERVATIONS: For many foreign individual clients utilizing foreign grantor trust planning during their lifetimes, it should still be possible to transfer funds into and out of such trusts freely and in a U.S. tax-efficient manner. For example, funding such a trust with cash and receiving a distribution of cash from such trust should remain non-taxable events for U.S. tax purposes. The same treatment should apply to transfers of stock of non-U.S. corporations. As was always the case, however, for distributions intended to be made to beneficiaries other than the foreign settlor, it will be important to undertake proper planning ahead of time in order to avoid inadvertently triggering U.S. federal income tax. And, as was the case before, it will remain important to ensure that these types of trusts do not directly own U.S. situs assets. In such case, while U.S. federal estate tax would have been owed under current law upon the death of the foreign settlor, there could now be U.S. federal income tax owed as well.

The 90-year recognition rule would be a new aspect of the U.S. tax system. The concept, however, is not very different than the existing 21-year rule under the Canadian tax system. The rule does not appear to distinguish between U.S. domestic trusts or foreign trusts. For example, the proposed rule could affect foreign individuals who previously implemented a U.S. irrevocable non-grantor trust during their lifetimes as part of a pre-immigration planning strategy. Query what effects this proposed rule could have on foreign nongrantor trusts and the application of the punitive “throwback tax” rules that apply to certain distributions made to U.S. beneficiaries.

Foreign individual clients utilizing partnership structures will also need to tread carefully. For example, a transfer of appreciated U.S. real estate into a partnership – normally a U.S. tax-free event – could now be a taxable event in the case of a foreign individual. For foreign clients with these types of structures already in place, the Green Book does not propose any changes to the current tax regime that applies to income through a partnership structure that is “effectively connected” with a U.S. trade or business (commonly referred to as “ECI”), including gain that is deemed to be ECI under FIRPTA for dispositions of U.S. real property interests, and including any ECI amounts that may be attributable to foreign individuals who dispose of their partnership interest.

Closing Thoughts: The Green Book gives us the first detailed look at the proposals of the Biden Administration. With the exception of the starting date for the increased U.S. federal capital gains tax rate, all of the foregoing proposed changes would not be effective until 2022. We also know that other proposals have been released by different members of the U.S. Congress that either dovetail with the Biden Administration’s proposals or go in a completely different direction. With several different proposals and a divided U.S. Congress, it remains to be seen what, if any, proposals will find their way into any enacted law before the end of the year. Nevertheless, it’s never too soon to start planning and review existing structures in light of the possibility that changes could happen and go into effect starting in 2022.

[1] It’s unclear what exact date this would be. It could be May 28, 2021 (the date the Green Book was released), or it could be April 28, 2021, the date that the changes were first announced in an earlier proposal (the “Made in America Tax Plan”).
[2] For a discussion of these rules, see here.
[3] The Sensible Taxation and Equity Promotion (STEP) Act of 2021, announced in March by Senator Chris Van Hollen.
[4] The Green Book proposal suggests that the U.S. federal income tax liability would be deductible on such person’s U.S. estate tax return.

Would you like extra residing area? Prohibit New Retail Growth...

Chatham County’s price range is being introduced ahead for fiscal yr...