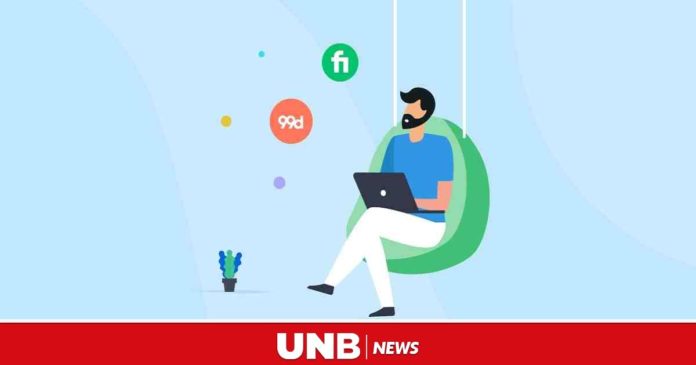 With over 650,000 freelancers in the country, the popularity and full time freelance work in Bangladesh has increased. The process just got stronger due to the pandemic and job losses. For many, leveraging their skills on an online platform has given way to additional income and in some cases is the only source of income. With all of this in mind, taxation is something that many freelancers fail to consider when starting out on a freelance basis. From a Bangladeshi point of view, freelance work does not guarantee you a stable income, and the job you get is also not regular. So, Will freelancers in Bangladesh have to pay taxes in 2021? Let’s find out.

Before we get into the details of the tax law, the answer is no. As of now, freelancers in Bangladesh will not have to levy taxes on their income in Bangladesh. But the situation is about to change and you should prepare for it.

The scope of taxation is huge and multidimensional. For relevance, we will take into account the individual income tax applicable in Bangladesh. Bangladesh has a tax-free threshold of up to BDT 300,000 and the minimum tax rate above the threshold is 5% up to 25%. So does the individual tax law apply to freelancers?

The individual tax law does not apply to freelancers in Bangladesh. Upon delving into the matter, we found two root causes.

First, most of the freelance work in Bangladesh is done through an intermediary. That said, an established freelancer will often outsource jobs from freelance platforms to the relatively inexperienced freelancers in the country. Often there is no proper official contract for this type of freelance work. The jobs are also not listed because the outsourcers are not listed as an organization or company. As a result, these incomes become difficult to track and tax.

The second problem has to do with the regularity of the work. Of the 650,000 freelancers in Bangladesh, around 200,000 get their regular job. Even beyond that, only a handful of established and successful freelancers earn a taxable amount. In addition, the lack of an adequate framework for freelance activities was one of the reasons behind the proper assessment of freelancers and their earnings in Bangladesh.

Read Affiliate Marketing Opportunities During Your Stay in Bangladesh

The 1984 Income Tax Ordinance clearly stated that if someone who is a Bangladeshi citizen provides services to a foreign organization or person and receives financial compensation, then an income tax of 10% is levied on income. However, under the Money Act of 2018, anyone who provides software or online services to overseas companies or individuals is not required to pay taxes. This applies to all Information Technology Enabled Services or ITES. Almost all freelancers in Bangladesh are ITES providers on various freelance platforms.

However, that is not the end of the problem. Due to the lack of PayPal, most freelancers in Bangladesh are forced to transfer their payment in dollars to their bank account via wire transfer. This is done via the Payoneer platform. However, as the bank does not treat these transactions as service income from foreign companies, they are subject to a withholding tax of 10%. As a result, even though the government has a tax exemption for the freelancer, withholding tax continues to apply, which ultimately lowers the income of the freelancer.

The situation has been like this for some time, but due to the exponential growth of the sector and the growing number of freelancers in the country, the government has decided to put the freelancers under tax. The move is not drastic, however, and the entire sector will be tax-free by 2024. That means the freelancers won’t have to pay taxes until 2024.

A comparative study found that the wage gap between freelancers is very large, depending on experience and service sector. Some freelancers may earn more than a million BDT in a single month while others cannot manage even 10,000 BDT. The case of high earners in Bangladesh is very low, with the majority of freelancers making an average of less than 15,000 BDT per month. In the absence of an adequate framework for tax rates for freelancers, it is expected that the non-taxable income ceiling should be higher than the existing individual income tax ceiling.

Almost 65% of the people in Bangladesh are under 25 years of age. With a young population like ours, the scale of skills development and skill outsourcing can be a promising ending to reduce economic disparities in the country. Rather than looking for traditional jobs, youngsters can be encouraged to develop skills and work freelance. With experience and adequate skills, it is possible to earn a large amount to cater to personal needs and contribute to the country’s economic development.

Biden’s plan depends on the next company tax price and stronger...