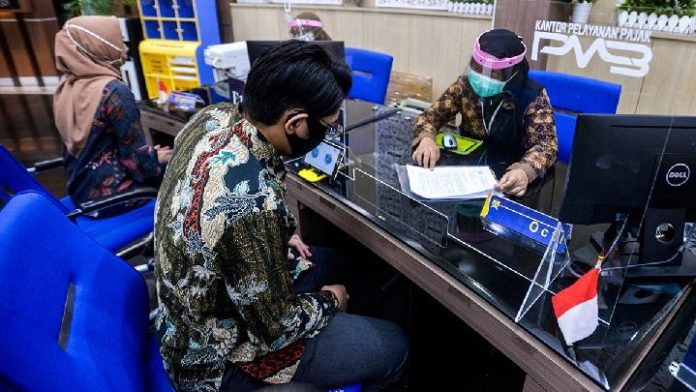 NOT all of the content of the General Provisions of Taxation Procedures (SRC) bill is viewed positively by the business community. As business owners impatiently await another tax amnesty program due this year, they are concerned about some changes in VAT (PPN) and personal income tax (PPh) regulations.

Benny Soetrisno, vice chairman of the Indonesian Chamber of Commerce and Industry (Kadin) for trade affairs, said increasing the PPN tariff could put a strain on the end users who pay the final price. Benny, who is also the commissioner of Investama in the Asia-Pacific region, recalls that household consumption has always made the largest contribution to gross domestic product (GDP). “This means that this is against the government’s plan to increase economic growth,” Benny told Tempo on Saturday May 29.

The Chairman of the Indonesian Retail Association, Roy Nicholas Mandey, has a similar concern. Roy, the vice president of the Matahari department store, said a tariff increase will increase the retail price of goods and services. He fears that this will weaken public purchasing power and further deteriorate the performance of retailers, which were still experiencing negative growth in the first quarter. “The end of the Covid-19 pandemic is still unknown and the restriction on mobility could continue,” said Roy about the factors that have already worried the association members

The SRC law drafted by the government and the House of Representatives (DPR) not only regulates the second tax amnesty program, which has recently sparked debate. It also contains article changes, including deletions and additions, to Law No. 8/1983 on VAT on Goods and Sales Tax on Luxury Goods. Law No. 7/2983 on income tax can also be amended.

Last month, Finance Minister Sri Mulyani Indrawati announced several times the planned increase in VAT and income tax. Minister Sri mentioned the VAT hike as one of the means the government will take to boost government revenue over the next year.

Indeed, a higher budget burden awaits in 2022. The government aims to reduce the budget deficit to below 5 percent between 4.51 and 4.58 percent of GDP next year. A budget deficit of 5.7 percent of GDP is expected this year, driven by high government spending particularly related to the easing of the Covid-19 pandemic and efforts to recover the economy.

Among the income components, tax revenues are expected to range between Rs 1,499.3 and Rs 1,528 trillion, an increase of 5.8 percent over this year’s budget target of just Rs 1,444.5 trillion.

The revision of the Law on Value Added Tax and Sales Tax on Luxury Goods will become one of the key issues of the SRC Law. VAT is levied on transactions of goods and services by individuals or companies. VAT is paid by end users or consumers. The provider of the relevant goods or services is responsible for collecting, storing and reporting the payment by the consumer to the tax authority.

Changes to the VAT provision are contained in Article 44E of the Draft Law on the General Tax System. Article 7 of the Value Added Tax and Luxury Goods Act mentions an increase in the customs tariff from 10 to 12 percent. As with the previous law, the tariff can be changed to just 5 percent or 15 percent. The difference lies in another provision which says that the tariff change must be governed by state regulation after it has been submitted to the DPR for consideration when the state budget is being formulated.

This is the government’s plan to switch the VAT regime from a tariff to a multi-tariff. The Ministry of Finance, in particular its Tax Directorate-General, had expressed its intention to implement the multi-tariff VAT system several times. Later, during the meeting with the DPR Finance Commission on May 24th, Minister Sri Mulyani reaffirmed the importance of the new VAT system. “We see VAT becoming very important from a judicial point of view or the number of sectors on which it should or shouldn’t be levied,” she said.

Sri Mulyani went further into the sense of justice that she meant. A higher VAT may be charged on transactions in certain goods and services, such as luxury goods, and vice versa. “The tax reform should create justice and equality,” she said.

With regard to income tax, the General Tax System Act amends Article 17 of the Income Tax Act. One of the most obvious changes concerns an additional tier of taxable income. Individual taxpayers are currently divided into just four levels of taxable income with tariffs between 5 and 30 percent. In the bill on the general tax system, the government adds a further level for individual taxpayers with an annual income of more than Rp 5 billion. Those in this new category are subject to a new income tax rate of 35 percent.

On the other hand, the tariff for domestic corporation taxpayers and permanent establishments is to be reduced from 28 to 20 percent from the tax year 2022. In the proposed amendment to Article 17 of the Income Tax Act, the government is also reducing the tax cut for companies that trade at least 40 percent of their shares on the stock exchange. The issuer is previously entitled to an income tax reduction of 5 percent. In the calculation of the general tax system, the tax cut is only 3 percent.

HERMAN Juwono cannot yet imagine how the various tax revisions will be implemented. The vice chairman of the Kadin Committee on Taxes said the industry is still waiting for a final calculation scheme whenever there is a tariff change. However, he also said the business community cannot simply reject government policies. “Kadin is a partner of the government. We know the government needs state income, ”Herman said on May 28th.

However, Herman expressed uncertainty about the plan to implement the multi-tiered VAT system. Different tariffs, depending on the type of goods and services subject to tax, can potentially add to the complications of the tax administrative filing. He said the inconvenience of collecting and reporting VAT with multiple tariffs could be partially reduced through the use of digital technology. “However, this requires further investigation and direct testing as it has never been implemented in Indonesia,” he said.

Tax Director General Suryo Utomo did not respond to Tempo text messages and phone calls to discuss the various proposed changes to the General Tax System Act. The director of tax regulation, Hestu Yoga Saksama, said inquiries to the directorate-general of taxation should be directed to the director of advice, services and outreach, Neilmaldrin Noor. Neilmaldrin did not respond to Tempo messages and phone calls either.

It can be clearly seen that the Ministry of Finance communicated more intensively with the business community in May of this year. For example, on May 11, she invited representatives from a number of industry associations from the Indonesian Employers’ Association (Apindo) to a meeting at the Tax Directorate General’s office in Jalan Gatot Subroto, south Jakarta. Exactly one week later, Apindo organized a similar communication via an online webinar with around 100 associations. “I don’t talk specifically about the climb, but exchange ideas. Discussion of tax policy, ”said special assistant of the Ministry of Finance, Yustinus Prastowo, on May 29th.

Amid the plan to discuss the SRC law, a study by the Institute for Economic and Financial Development (Indef) reflects the concerns of Benny Soetrisno and Roy Nicholas Mandey. According to Indef’s calculation, an increase in the rate-based sales tax from 10 percent to 12.5 percent can lead to a drop in public consumption by 3.32 percent. On the other hand, export and import performance can also fall by minus 0.14 percent and minus 7.02 percent, respectively. The gross domestic product can in turn shrink by minus 0.11 percent. “The economic impact is detrimental,” said Indef Executive Director Taufik Ahmad on May 29. “Because of the lower demand for goods, deflation will occur and government revenues could fall.”